I remember when I got pregnant with our third child, I was fairly devastated. It wasn’t planned in any way and by that point we were out of the baby stage, our two kids were nine and six. We had moved into a larger house but the “extra room” was being rented out. I had just bought a sporty SUV that only fit two comfortably in the back. We had started planning bigger vacations because the kids were easier to take on longer trips.

Then I got pregnant and everything seemed up in the air and uncertain and I really didn’t like it. I’m a planner and I wanted to be sure of things and I very unsure about the road ahead.

It took a few weeks but eventually my husband and I came around to the idea of three kids and we decided to tell our children that one more was coming. Of course, they were totally excited, and we started looking at different vehicles and we told our renter we were going to need the room. We put things into motion.

Then I had a miscarriage.

I really blamed myself a lot. I thought because I wasn’t gleefully excited about the pregnancy from the beginning that I was being punished. I felt really terrible and the worst was having to tell my kids that the baby wasn’t going to come after all. My husband and I really were confused on how we felt because on one hand, this brings everything back to the way it was and on the other, we had gotten kind of used to being parents of three. It took a couple of months of late-night discussions but we decided it was a sign we were meant to have three, so by that August we were pregnant again.

Penelope was born in April, the largest baby of the three, and she was different from the get go. Higher maintenance, louder, refusing to nap almost immediately, I started to wonder if perhaps this wasn’t the best idea since I wasn’t a young 20-something anymore. The stores of energy I once had were definitely not there. Imagine my surprise when Penelope was six months old I took a pregnancy test on a whim (I was cleaning, found one  in the cupboard and didn’t want to throw an unused thing away so I thought why not and boom! Very much pregnant.) and I think that’s the first time I felt my entire world tilt. I texted a friend who was in a similar position, I cried, and when my husband came home I had to tell him. The only thing he said was, “So.. I guess I’ll work more weekends”- it’s a testament to how he handles things. He just goes right for a solution.

Then there were four

At this point we have four kids, ages 14, 11, 4, and 3. Every time I share their ages the first thing people mention is the age gap. I really worried about such a huge gap but as it turns out, while it does have disadvantages, there are a lot of perks with it, too. 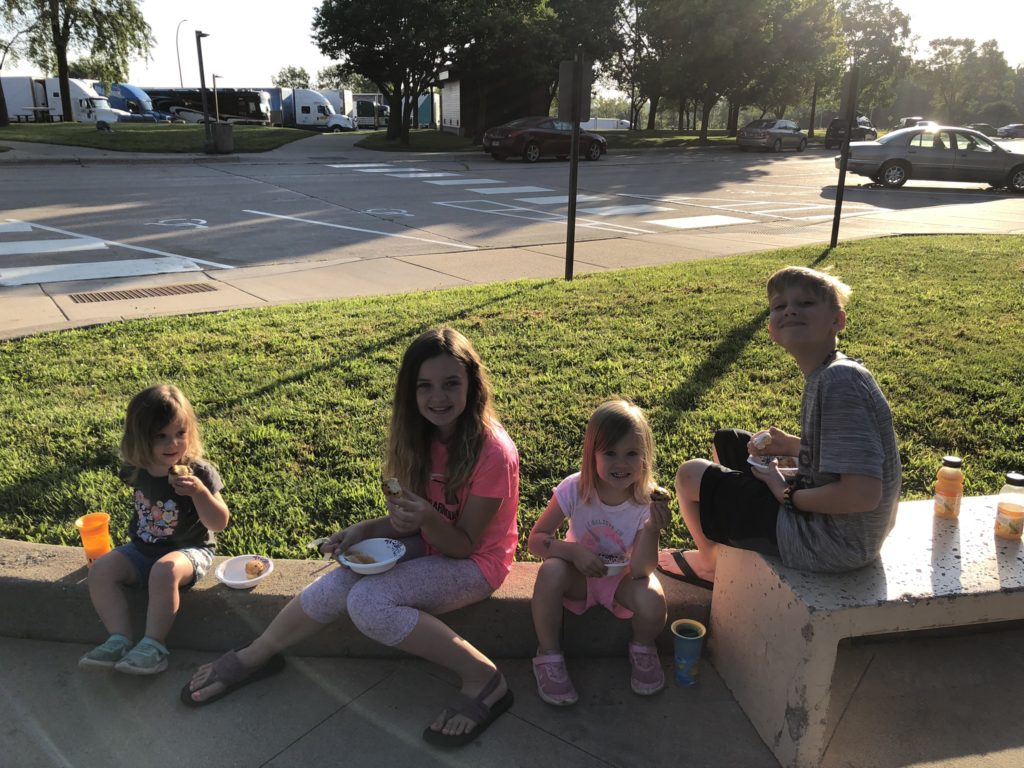 I hope that as my kids get older, they really are all best friends with each other. So far, so good. They are a tight unit and it couldn’t make my mama heart any fuller. I don’t regret having more kids. You think your heart can’t possibly hold more love but it can. It has a never-ending supply of love and there’s room for everyone.