Ah, autumn. As Camus once said, “Autumn is a second spring when every leaf is a flower.” Fall is time of grounding, a time of rebirth, a time to let go of old worries and open yourself up to new beginnings.

Autumn was always my favorite season, even as a little girl. I was enamored with the almost sacred feeling of excitement that the falling leaves bring– a new school year, the bold colors, those crisp mornings and cozy evenings. Halloween was my favorite holiday, partly for the cute costumes but mostly because I was always drawn to the weird, the spooky, the magical. Every year I lost myself in the changing of the seasons.

Not much has changed as I’ve aged, although since moving to Minnesota, the “crisp” and “cozy” have become considerably more frigid! Plus, I do a lot more baking nowadays (as a grown woman who is allowed to use the oven unsupervised). Somewhere around mid-August I start pulling out the scented candles and filling my calendar with festivals, hayrides, pumpkin patches–the works.

This year, however, between the virus, my rounding belly, and chasing after my curious 16-month-old, I’ve been struggling to get my fall fix. Mentally, I think I’m still stuck in March, and somehow my favorite season feels… lacking. So a couple weeks go I packed up the family and I took us all for some socially distant apple picking. 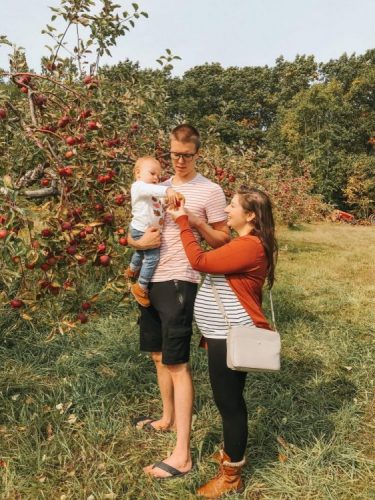 And left with more apples than I knew what to do with.

When we’d arrived and the cashier had pointed to the empty bushel boxes and half-bushel bags, I’d thought, “Wow, a bushel is much smaller than I realized! I’ll take a bushel and a half.”

So my home has been apple central ever since. I’ve made apple butter, apple pie, applesauce, apple tarts, apple muffins… apple apple apple. Apple everything. I’ve even been putting homemade apple pie filling on my ice cream lately (which I highly recommend). I wondered one night, can I put apples in a cookie?

Yes, Niki. You definitely can. 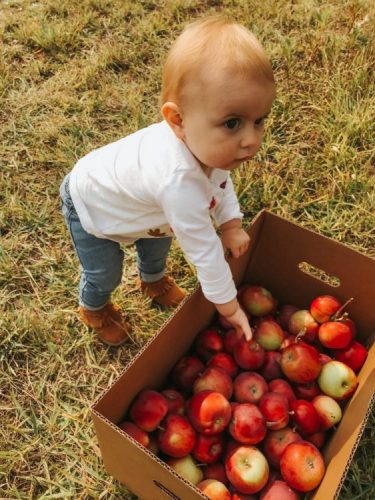 Enter these apple spice oatmeal cookies. They taste like autumn is giving your tongue a hug. And what’s more– You can pawn them off on people without getting the same weird looks you do when you roll up to their house with a gallon jar of apple butter.

So my apple stash has been slowly but surely depleting and I’m entering hibernation mode after sating my hunger for all things autumnal. I just pulled another batch of these bad boys out of the oven, and if you need me I’ll be in a blanket burrito on the couch watching Hocus Pocus until my eyes bleed. 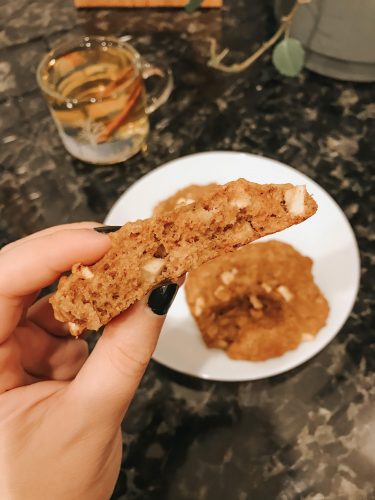 If you would like to save the recipe to your camera roll for easy access, hold down on the recipe image, and save 🙂 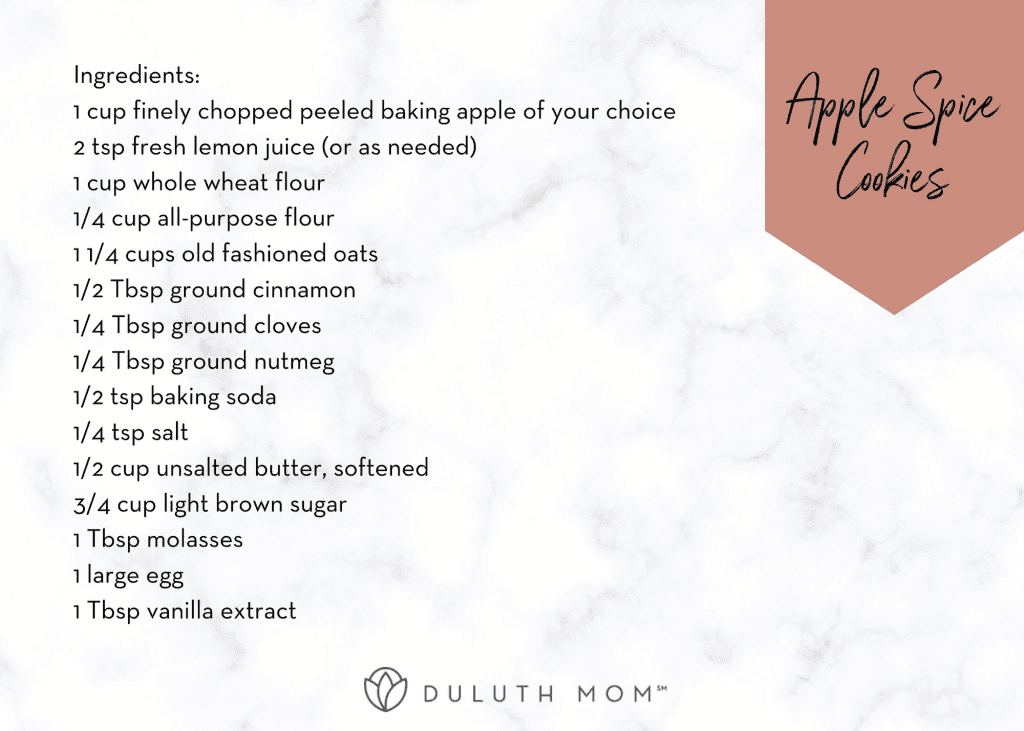 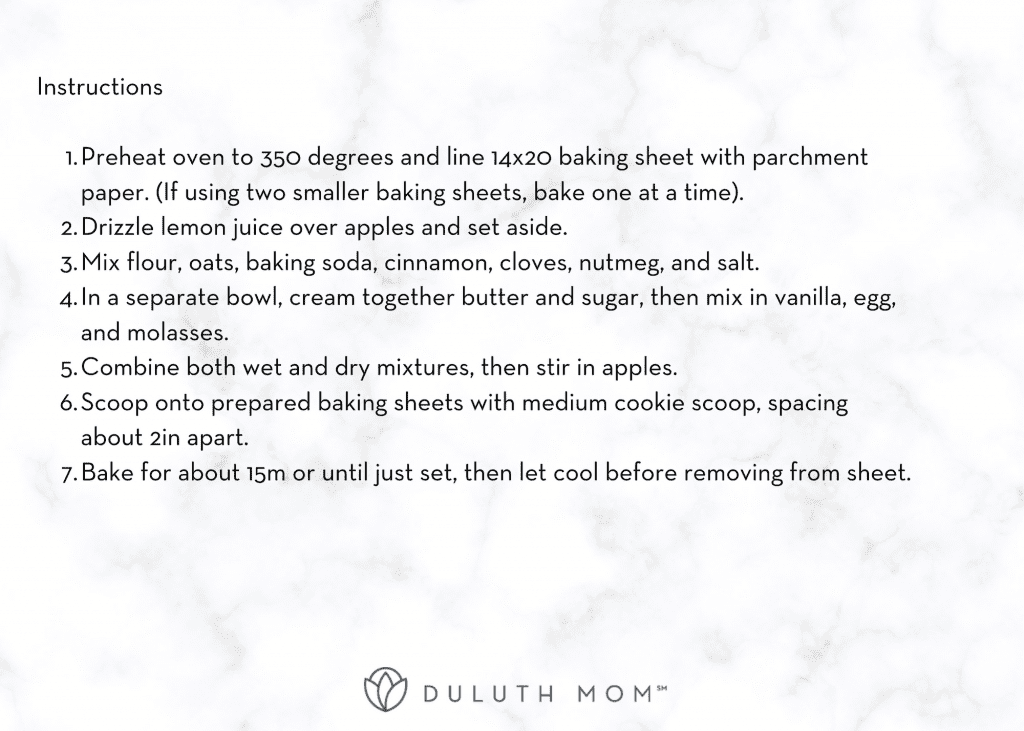 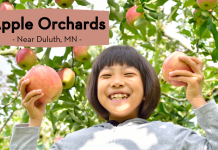 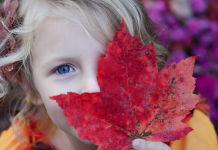 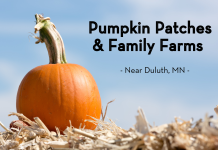 Andrea Jang - September 22, 2022 0
Minnesota is one of the top growing areas for fresh apples in the country. We are home to local varieties such as Honeycrisp and...