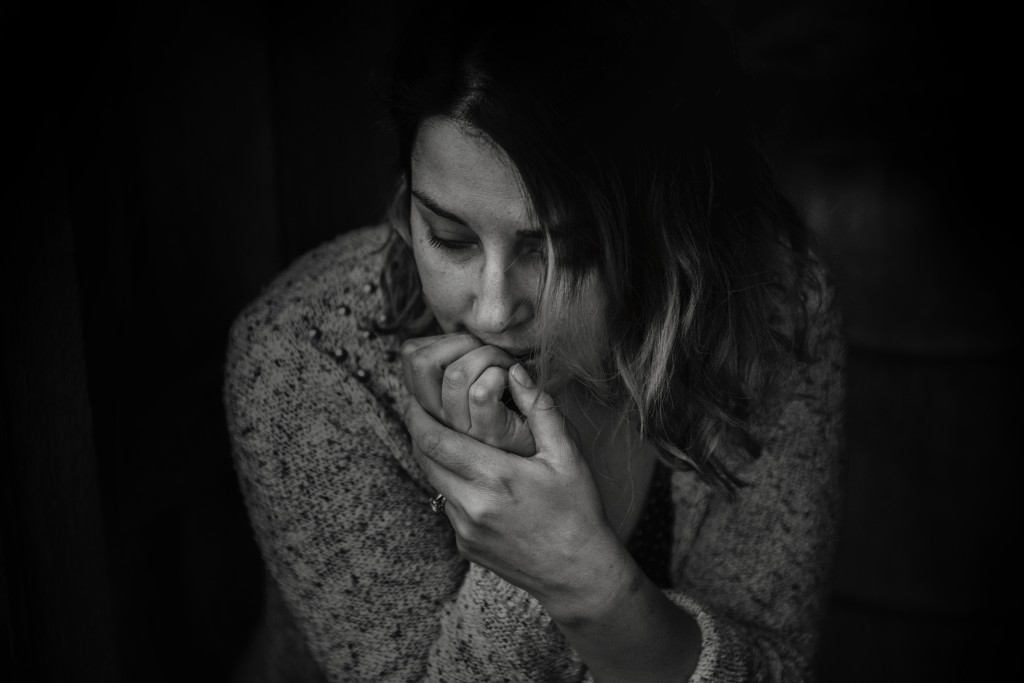 I remember going to the OB office to get these weird cramps looked at. Honestly, I thought I had cancer. My kids were six and nine so I knew I definitely couldn’t be pregnant- I was on birth control and we were using condoms. We were done having children but we just couldn’t afford a vasectomy yet so we were extra careful. My doctor seemed really concerned during our office visit so she cleared a spot for me and I got an in office ultrasound right then. I had to wait a little while in the waiting room and when my actual doctor came out to get me, my stomach sank.

She had a manila folder in her hand and she walked me into her office. She shut the door and just said, “I know this isn’t what you wanted to hear, but you are four weeks pregnant.”

I had not been mentally prepared to hear that! I know it makes me sound like a terrible person, but in the moment I was so angry and I was running through all of my options in my head. My doctor, who is an absolute gem, had already written down resources for every option, offered to go through them all with me, and told me she would see me in two weeks.

I left her office in tears. I didn’t know how I would explain this to my husband, my children. I had just bought a new car and I knew we couldn’t fit three kids in the back. We had moved to a new home and were renting a room out to my sister-in-law. My job consisted of lifting heavy things. I didn’t want to be a stay-at-home mom. We couldn’t afford another baby. I didn’t want to go back to the awful baby stages and no sleep and baby barf and poop everywhere.

That night was a somber night in our home and my husband took it better than I thought he would. It quickly became obvious that I was the problem here. I felt like an absolutely terrible person. I felt guilty and wondered if the baby could sense being unwanted. It was just a little speck of a blob and already I was a terrible mom! I spent the next two weeks in this weird fog, slowly telling people that mattered: our parents (mixed reaction), my boss (I was really close with her and it was a mixed reaction), close friends (thought I was nuts), and finally, our kids. They had started asking questions like, “Why is mommy crying in the bathroom?” and “Why is mommy throwing up in the kitchen?” I have a strict no lying policy to them so I told them the truth. Interestingly, they were excited. Their excitement started brushing off on me and I thought that just maybe this was meant to be.

And Then It’s Over

Two weeks later at my appointment, I was feeling better about it all. I had an ultrasound for measurements and dates and we didn’t see a heartbeat, but as a veteran mom, I wasn’t worried because it was still very early. When, at eight weeks, we didn’t see a heartbeat, I could sense that my doctor was a little worried, but she didn’t say a word. At week nine, I brought my husband with me and I remember being led to an ultrasound down a really long hall, away from all the other rooms. I felt like that was a sign, they were prepared for the worst. The tech did her thing and as I looked at the screen I heard her sigh. She put down the wand, held my hand, and tearfully told me that things didn’t look like they should.

I cried harder than I ever had. I immediately felt like I failed as a mother. It was that moment when I knew how much I wanted that baby. I felt like I was being punished.

Clearly experienced, this woman hugged me so fiercely and kept repeating that I was a good mom, that nature worked out something that would have been harder for me to handle later on. She held me until I had no tears in me to cry.

The doctor came in, gave me a prescription to essentially expel the miscarriage, and she hugged me. I remember her telling me that I had to be prepared, that I would feel contractions and that I would pass tissues and to not be scared. She reassured me I was OK. I set up a follow up for the morning of my son’s kindergarten graduation program. The worst was explaining to my kids what happened. I don’t know what I even said but I remember my son coming to my room a day or two later and telling me he really wanted to be a big brother.

It left me feeling even more heartbroken.

My follow up appointment was just as awful. My mom came with me for support. My labs all looked normal and I know that should give some finality to it but it didn’t. I went for months feeling awful. Just an intense sadness I couldn’t shake. I had one totally rude person say, “Well you didn’t want the baby so I don’t know why you’re sad” and it’s a testament to my restraint that I let it roll off my shoulders.

What I didn’t realize about miscarriage is how every little thing can make you sad. Any mention of babies or pregnancy, walking past baby clothes in Target, hearing a baby cry, sitting in an OB’s office, Pampers commercials, all of it. I felt ambushed every day, taunted on what I couldn’t do. I felt angry because I had two healthy babies, what did I do wrong this time? What did I do to deserve this? I felt immense pain for friends who have difficulty conceiving and I can’t imagine doing this over and over again. Then I was angry with myself and felt selfish, how dare I decide I want another baby now, can’t I just be happy with what I have? I’m luckier than some women and here I am, sad because I can’t have more.

It’s a series of irrational thoughts that go through your head. Friends and family mean well but often say the absolute worst things to say. My husband was unhelpful and had no idea what to do. For him it wasn’t as big of a deal and he slept through my full breakdown in the bathroom so I suppose he didn’t realize how much it effected me.

It took about three months before I could ask about trying for another one. I felt totally nuts, four months earlier I was hyperventilating in my car thinking about all the reasons I couldn’t possibly have another baby! I got pregnant almost immediately and it stuck. I was over-the-top happy. It was a great pregnancy and my biggest baby yet- Penelope (we call her Master P) came into the world April 2015.

Life is funny. If you had said four years ago that I would have four kids someday, I would have laughed in your face. Yet here I am. I have four kids and I wonder every day what the greater meaning of all of it is. I know things happen for a reason but I don’t understand any of it. I do know that I’m now more cognizant that fertility is so personal and so sacred, and you will never hear me judge a mama on her fertility choices. We all walk that path alone inside of ourselves and it’s tough. We all have our reasons for the size of our families and just know I support you. That was the greatest part out of all of it, having complete and total strangers hold me when I needed it the most and expected it the least. 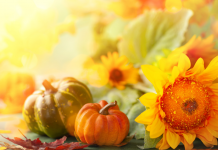