I bet you think I’m kidding. Or that I’m going to backtrack a little and offer a caveat about 4 year-olds and too much TV time.

Mama, you have to do what you have to do, and quarantine or not, sometimes a mom’s gotta use the television as a babysitter while she showers/helps older children with school work/makes dinner/shoves some Moose Tracks ice cream into her face behind a closed bathroom door. I distinctly remember watching every episode of Captain Planet as a kid and I grew up to be a pretty typical human being. I didn’t turn into a mindless zombie along the way. Sometimes I even use the big words I’ve found in books over the years.

The point is: this is a judgement-free zone. Actually, that’s not true. I AM making a judgement today, but that judgement is about preschoolers and their lack of taste in television entertainment because, honestly, Paw Patrol has got to go.

I can not endure one more episode featuring Rocky and his apparent lack of interest in getting wet despite living in a town surrounded by water. Or klutzy Marshall; who wants to be rescued by an accident-prone Dalmatian who’s always falling off his truck’s ladder? Also, can someone please tell me why Ryder’s parents are letting him hang out in a tower with a bunch of dogs in costumes all day? What is that boy, like, twelve?

It’s time for 3 and 4 year olds to obsess over something new. Here are my picks (I have not yet completely converted my youngin’ into a variety-of-shows watching tot, but I’ve had success in peppering in a few of these winners before she wants to stream the mighty pups meet the mighty twins Paw Patrol episode… again). Your mileage may vary but, hey, it’s worth a shot!

As every bit as imaginative as the original, Disney’s remake of The Muppet Babies features the cutesy baby versions of the muppets going on make-believe adventures together. There’s an extra penguin muppet thrown in there for some reason, but the real stars of the show are the same ol’ favorites: Kermit, Animal, Gonzo… (I guess Piggy, too, if she’s your thing). Funny actress Jenny Slate is the voice of Nanny.
Stream on: Disney+ 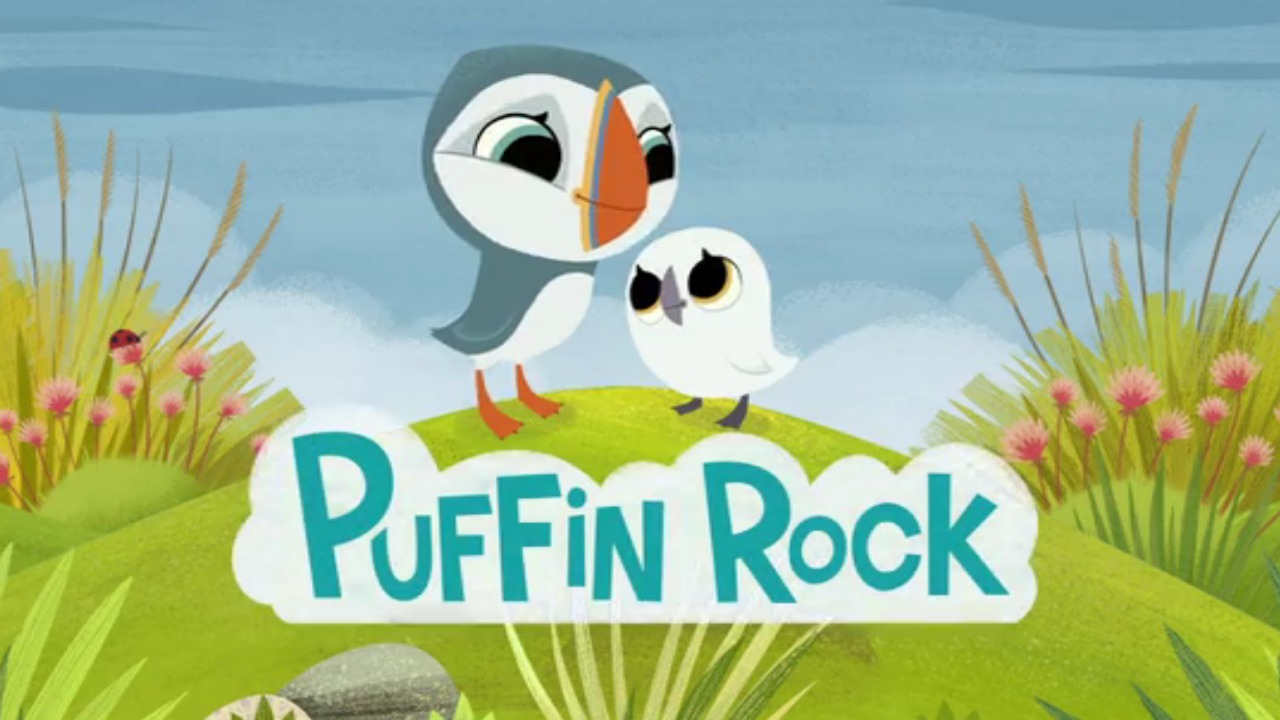 The most squeal-worthy of animated animals basically ever, Puffin Rock doubles down with roly-poly island critters that also sport Irish accents. Oona Puffin and baby bro, Baba, join friends and frolic around sandy beaches and cliff coves. Their biggest island-life obstacle are screeching seagulls (I feel you little fuzzy puffins). Hunky actor Chris O’Dowd narrates the show and the soothing music makes it feel way more chill than most shows aimed at preschoolers.
Stream on: Netflix

Confession time: I am not a fan of the Pete the Cat books. My daughter likes them, which is what counts, I guess, but I find them boring and basic. But where the books fail (did I just say that?), the animated show shines thanks to its jazzy soundtrack and sweet plots centered around music and friendship. (Pete maintains his silent, cool-cat attitude, though.)
Stream on: Amazon Prime Video 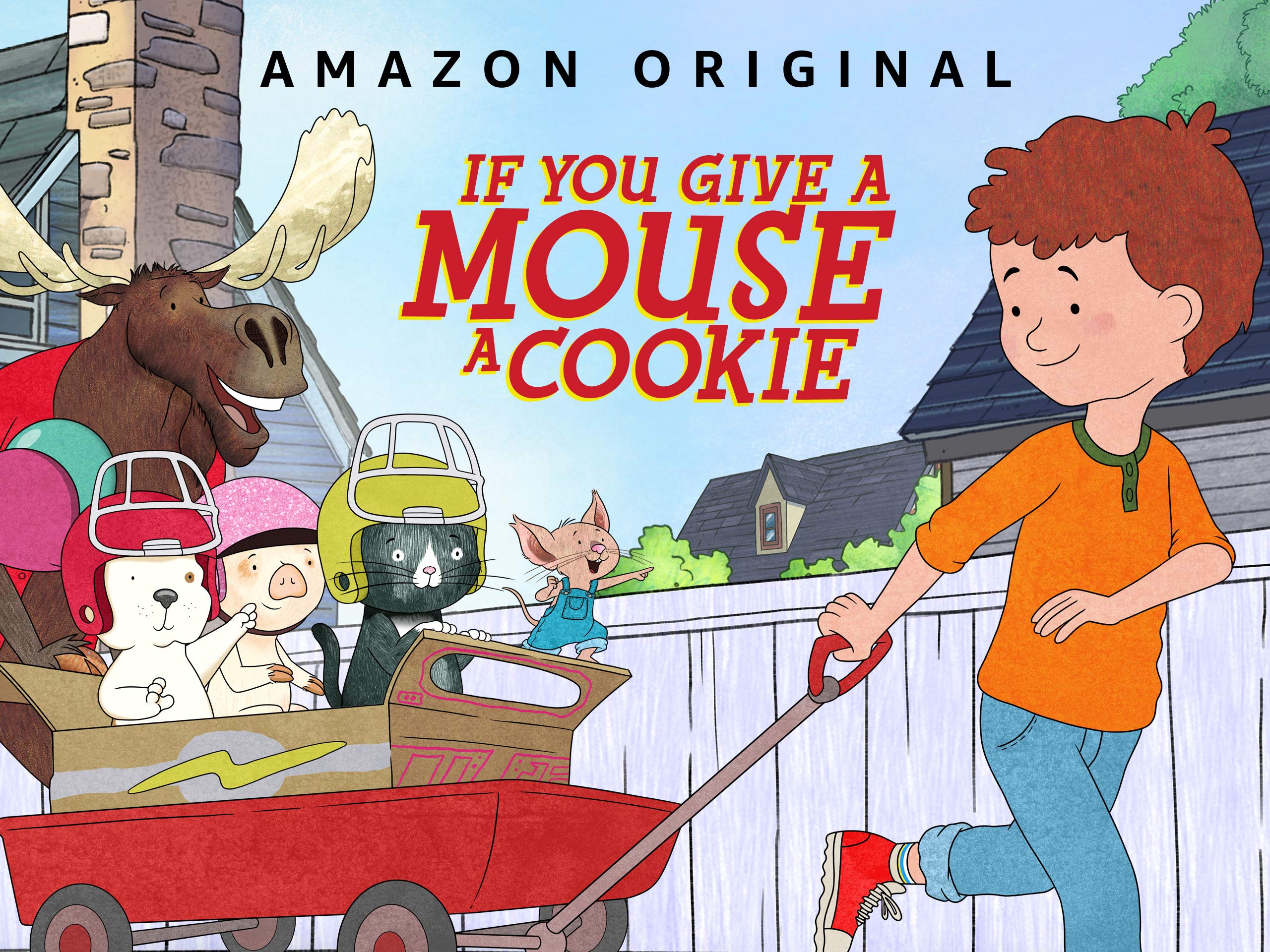 I am, however, a huge fan of the If You Give a Mouse a Cookie book series with its darling drawings, escalating plots, and circle-back literary devices. Thankfully, the show based off of the books follows a similar format. Big-eared Mouse and his friends–human and animal alike–get themselves into scrapes that are mostly innocent if incredibly messy.
Stream on: Amazon Prime Video

Letting my daughter watch episodes of Dot. feels like a total win. The tech-inclined main character is a little girl who learns how to use her digital devices to enhance her life while still taking time to unplug and hang with her family and friends. I like the visibility of a girl who applies STEM concepts to her everyday life.
Stream on: Hulu 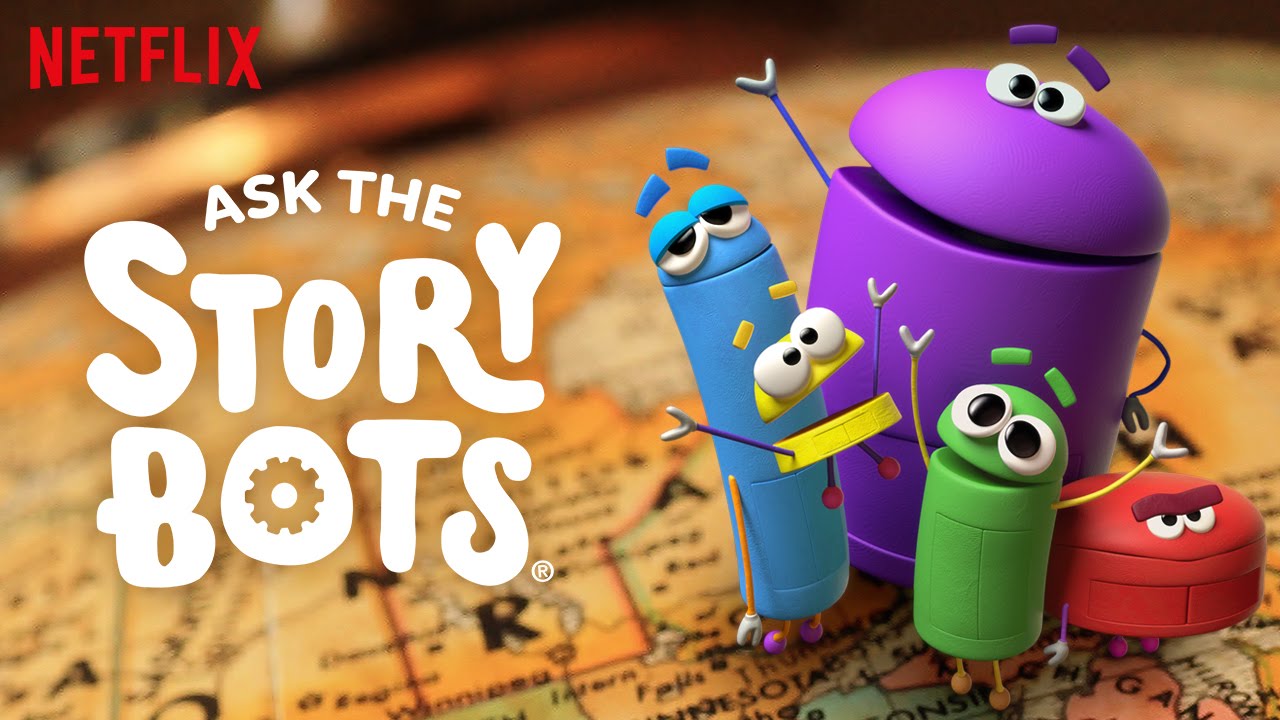 Is your preschooler even cool if he or she is not StoryBots aficionado? These loveable little doo-dad looking… computer parts?…take questions from kids and traverse the world to find answers. They’re guided on their journeys by guest stars dressed in outstanding costumes. Think Whoopi Goldberg as the Tooth Fairy and John Legend as the King of Music (which, I mean, he kinda is.)
Stream on: Netflix

What is this show!? I think it’s about a family of British eccentrics living in a totally covetable, overly-wallpapered Victorian home. Monty, the sweater vest-wearing little boy, spends every episode imagining delightful scenarios set to song with his pet pig (!) named Jimmy Jones.
Stream on: Netflix 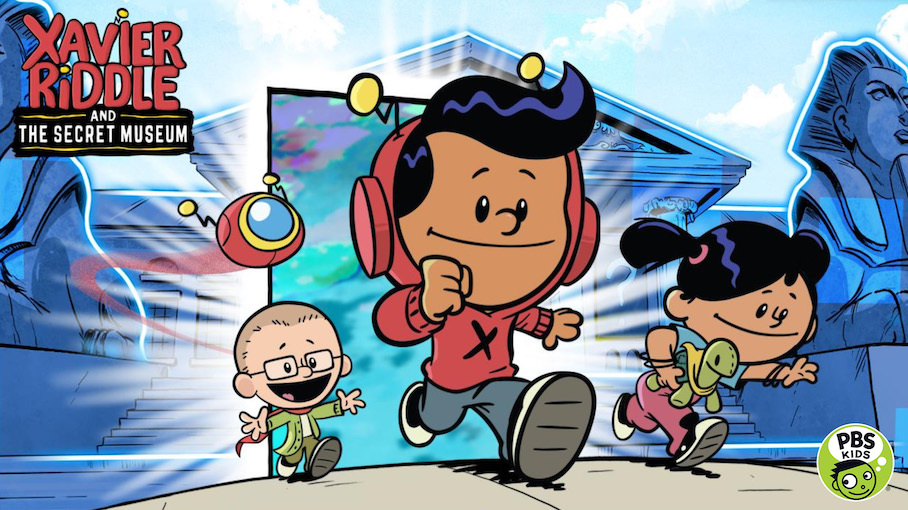 8. Xavier Riddle and the Secret Museum

Another television show based off of a book series, Xavier Riddle and the Secret Museum puts to animation the illustrations of Brad Meltzer (who is an executive producer on the show). His books, Ordinary People Change the World, also influences the plot: big-headed children travel through time to meet and learn from historical figures. (Pro tip: PBS’s other new kids series, Molly of Denali, is also well worth the watch.)
Stream on: PBS Kids

To be honest, because my preschooler often has to share screen time with her 8 year-old sister, she watches a lot of… shall we say, not always age-specific shows. My partner and I are fine with this, and if you are, too, then a few of our house favorites are AFV, Mythbusters Jr., The Who Was? Show, Glitch Techs, Super Hero Girls, 101 Dalmatian Street, Hilda, Gravity Falls, and Kipo and the Age of the Wonderbeasts. All of these are streaming on various services (Netflix, Amazon Prime Video, Hulu, Disney+).