Why can’t I see my sister? When can I see my sister next? Why doesn’t my sister live near us? These are just a taste of the questions my 6-year-old has been asking lately about my birth-daughter, Chelsey. When I was 18, the same age she is now, I had an unplanned pregnancy. I made the “selfless” decision to place her for adoption to a loving couple.

A little background about the adoption is that I knew about this couple through a friend. They were having trouble getting pregnant. They had lost twins and this pulled at my heartstrings. The rest is history, as they say. Now, just a few words on the terms I’ve carefully chosen in describing this event.

“Placed for adoption” is a term that I was taught by the adoption agency. This term is supposed to ease the angst of saying “given up for adoption.” To some this can sound negative, like you’re giving up something. Which in fact you are as the birth mom, very much so.

I would also argue that “placed for adoption” sounds like we’re placing a human through a cold transaction. Yes, there is paperwork to sign, etc. But, it does nothing to describe the raw emptiness I felt inside after placing my newborn birth-daughter into the arms of strangers—just hoping and praying they would protect and love her the rest of her life.

On the other hand, “giving up for adoption” sounds like this was the only choice you had. Like you’ve given up on your options. Which is not the truth at all. I had every choice presented to me, and adoption was my choice. I thought about abortion and perhaps if I was younger, or it was a forced pregnancy due to an assault—I would have chosen another route. No judgments from me on any woman who chooses any of the options above. So I digress, there is no easy way to gracefully talk about placing your child for adoption.

Failing to see the truth

I was often told through the adoption agency, quite regularly, that I was doing a “selfless act.” I was doing the “right thing.” Thinking back though, it’s been difficult to think of it in this way. In fact, at the time, I absolutely thought of myself as selfish. I wanted to go to college and travel the world, and move out of state. I thought because I had goals and dreams, I was being selfish.

I refused at the time to allow anyone to put me on some pedestal or treat me like a hero because I didn’t feel like one. I felt like a failure. In my mind:

I failed because I didn’t ask my boyfriend to ensure he was using protection.

I failed in the fact that I couldn’t choose to raise my own daughter over going to school or travel—what kind of mom does that?

I failed because I would never get to see my birth-daughter take her first steps, hear her first words, and the list goes on.

That was the reality of my harsh negative self-talk. Eventually, the negativity turned positive and I started to realize the beautiful truths. I was an imperfect human and making a choice out of unconditional, selfless love for my daughter. I went on to achieve my goals. I went to college and graduated with a Bachelor’s degree in Business Communications. I’ve also traveled all over Europe and to Australia.

Reuniting a daughter and mother

Since our open adoption began in January 2003, I’ve seen her regularly over the years. In fact last month, we had dinner alone just the two of us for the first time ever. It was magical. It was like a dream and in fact, has been my dream since she was born. It was the first time we’ve been alone since that day in the hospital when I placed her into the arms of her new mom and dad.

At dinner, we laughed and got to know each other like two long-lost friends. I can honestly say I wouldn’t have asked to be anywhere else in the world—even the most desired locales on my bucket list (i.e. Hawaii, Paris and Bora Bora). There is nothing in the world like looking into the eyes of someone you’ve been longing to hug and hold for 18 years, and telling them exactly that. I love you my beautiful daughter and I’m here for you, always. 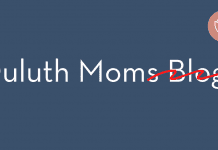 We Are Celebrating One Full Year of Being Duluth Mom! 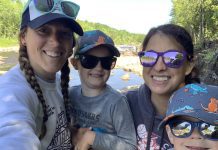 My Family Isn’t the Place For a Diversity Debate 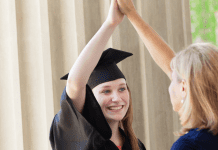 Looking to the Future: My Birth Daughter is Graduating High School

Heather Jackson - June 3, 2021 0
Happy Pride Month! ❤️🧡💛💚💙💜 Celebrate pride and the beauty of equality all year round by padding your home library with some great children’s literature to...

Why This City Girl Gardens