My grandpa is in the throes of dementia, and instead of shielding my young sons, I am bringing them right along on the journey.  For some reason, some people seem to be surprised by this, if not almost critical. Maybe because they are young — just 3.5 years old — and maybe because it is exposing them to sometimes difficult subject matters and observations.  But as I am trudging through one of the harder things for my family in recent years, I am well aware my sons are watching our navigation through this unscripted time as well.

The move to an assisted living facility, which happened just last week, was all at once a sort of relief for my grandma, his wife of 71 years, and excruciating for all of us to witness. While I didn’t take my twins to see him the first day we were allowed to visit, I did a few days later. Each visit is a different experience. To watch my grandpa, who basically became a father to my sisters and me after my dad was killed when we were very children, has been devastating. I was too young to grasp how hard losing my dad was at the time (I was almost six), but I am perfectly grasping this second round of grief now.

I am also well aware that one of the strongest instincts of parenting is to protect our children. But I do not believe my sons should grow up in a vacuum, unaware of life’s cruel realities. They have been so very blessed to know their great-grandpa, even as he started to battle his mind. Without question his patience–and sometimes intolerance–for their curious minds (and need to touch everything) appeared evident to me. It is something I have watched carefully as the months have gone by.  The older they have gotten, the further away he has become from the man that raised me, and yet still, so much of the time, he responds more to them than most of the adults around him.

You see, my sons know that their Papa has something that is hurting is mind, but what they don’t know, or still can’t see, is that he’s an elderly 94 year old man. They still don’t see age. They engage with other guests in his unit, and they don’t judge them or pity them. My sons are still able to just see people as people, without all the labels you or I might attach to them. So while I hold back tears trying to explain to my grandpa why my grandma can no longer sleep in his room for the tenth time, my sons see him without all the baggage that surrounds us.

As I am watching my grandpa unwind further and further away from who he once was, my sons accept him as he currently is. They like going to see him, and they lift both his spirits and hold me accountable to being in the present — there is no past to them — they don’t see what is lost. All they know is these moments with him now, and their experience, although heavy in some ways to me, is also a refreshing view of an utterly painful evolution.

Keeping my sons away from their great-grandpa wouldn’t protect them, and it certainly wouldn’t be the best thing for my grandpa — or for me.  Life is a great spectrum — we are all on it somewhere — but we aren’t all on the exact same spot at the same time. The world is more than other three-year olds, parents and teachers, and my children have both every right to be made aware of that and to allowed to experience it. I can’t make my grandpa turn back into the man that I have known and loved for a lifetime, but that doesn’t mean I should prevent them from knowing and loving who he is now. 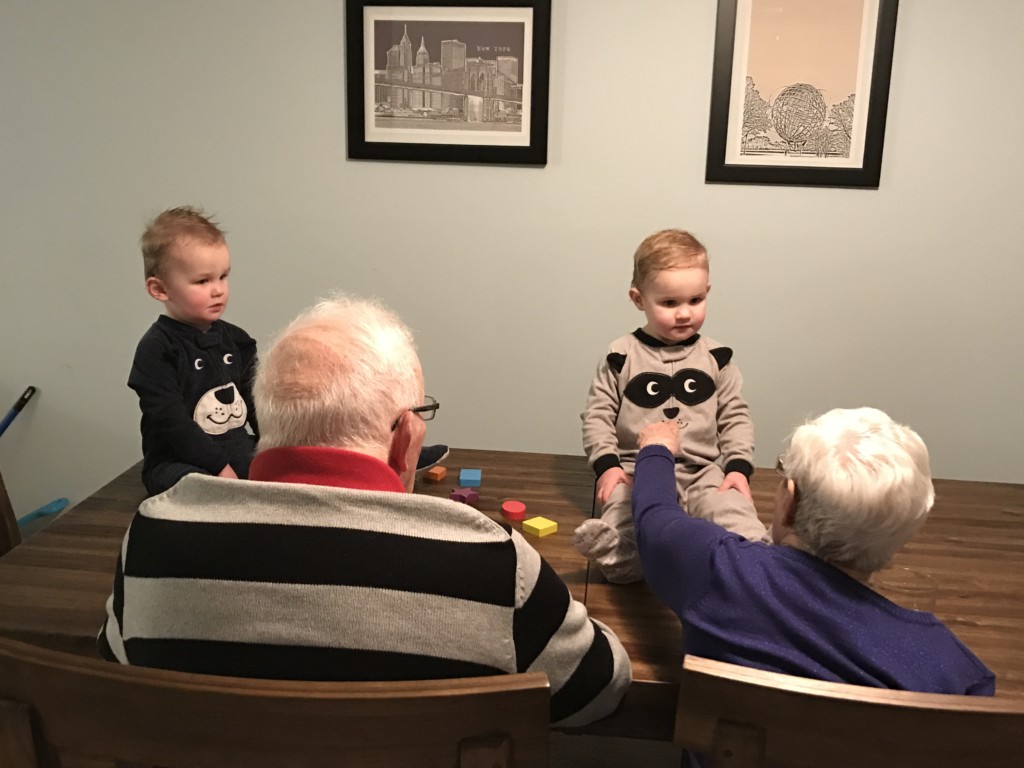 The bonus to bringing my sons into a memory care unit also extends out of my grandpa’s room. Almost all of the residents have shown great interest in interacting with them when we have been there. Although there aren’t many children spending time in these places, these experiences are very valuable to the residents. My concerns that maybe they were too young or just too overwhelming for a lockdown unit was unfounded. They have been welcomed, only confirming that their presence is needed in more ways than I first realized.

While my family battles the sadness of what has been lost, my sons are keeping us and my grandpa in the present. He has needs now, he wants to have meaningful conversations and visits now– no matter how far back they take us or how bizarre it sometimes really sounds. My sons love him regardless, and they love him in the now for exactly who he is. It is easy to cling to what you have known for a lifetime, but the lesson they have taught me is that I have be present around my grandpa and see him, disease and all, for who he is right now.

Unlike my grandpa, I will always have the memories that have escaped him, and I can always save a place looking back for the man that we used to known. But he’s still in the present, and that’s where my sons are learning to get to know him as they get older. They won’t know him like I have, but they are certainly getting to know him in some capacity. It’s pretty clear preventing them from that experience wouldn’t have protected them — only the image I wanted to preserve for them that would never have existed in the first place. 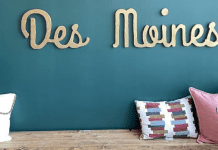 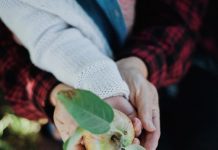