I read a social media repost the other day and I can’t quite get it out of my head.  It was from someone who was trying to re-home their middle-aged dog because they were pregnant and didn’t think they wanted a dog with a baby in the house.  I’ve obviously been mulling this over in my head trying to imagine this scenario. In fact, I read all the comments — no allergies, no bad behavior from the dog, nothing that would send up a red flag.  It made me wonder, how common is this thinking? Why do we think we have to give up fur babies for human ones? 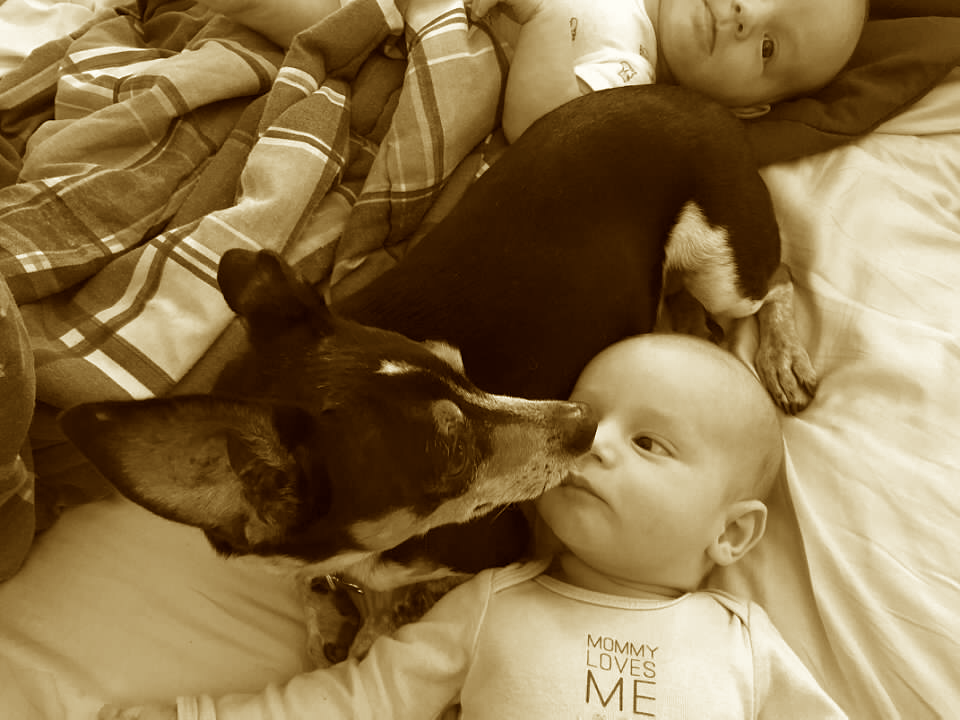 I am not one of those moms. In full disclosure, I am a huge advocate of animals and animal rescue, and my twin sons are outnumbered by dogs in our house by a 2-to-1 ratio.  I am probably the extreme of the position, and extreme to the point that one month out from my final IVF procedure, I adopted two bonded senior dogs — a rat terrier and a Rottweiler, of all combinations — to join my rescue beagle and Corgi. In fact, it led to one of the biggest fights I’ve ever had with my own mother, who could not understand (not a wrong sentiment) why I would take on two more dogs ahead of an attempt to get pregnant. I didn’t have an answer for it, and I still can’t say it was rational. But two months after I brought my new dogs home, I found out I was pregnant… with twins. If anyone was about to find out about baby and dog balance, it was me.

My dogs were a gift through pregnancy though. That old rat terrier? The best cuddle and therapy dog I have ever had.  Once my sons were born, I was in the literal haze of having twins and the fog of postpartum, and my dogs grounded me.  They were going through this massive change too, but I made sure to weave them in, and they resembled some sort of pre-baby sanity to me. They were worth the extra effort at that point of having them — all of them.

As my sons got older, we made sure for the most part to give the dogs their space.  I don’t have any young puppies, so I thought it best to keep my sons contained until they could handle being left alone with dogs. I will not mislead you — it was hard. Especially with two toddlers that did not have any impulse control. I worried about the smaller dogs for themselves, but the bigger dog, Surly, a mixed breed who is basically the size of a horse, I knew could actually hurt the boys if they were too rough.

Which is exactly what happened one early afternoon when I was trying to get out to door to a hockey game for work. In a blink of an eye, my son Luka had decided to grab Surly’s mouth while he was sleeping and hurt him (or something like that, since I was in the other room and only Luka could tell me what happened). The dog caught Luka’s face to the tune of a few stitches. It actually looked worse than it ended up being. The worst part was making sure the dog wasn’t a threat, making sure he could keep living with us, all of the horror that comes from one moment that I assure you resulted simply from a startled a big, sleeping dog to the worst-case result.

After consultation with our awesome vet in lakeside, she recommended we just keep the dog separated from the boys for awhile, especially when we couldn’t watch their every move. We did just that, and we survived it. Our big dog Surly loves the boys most of the time — though he doesn’t always trust them (as he shouldn’t), and is often interested in what they are doing (and eating). 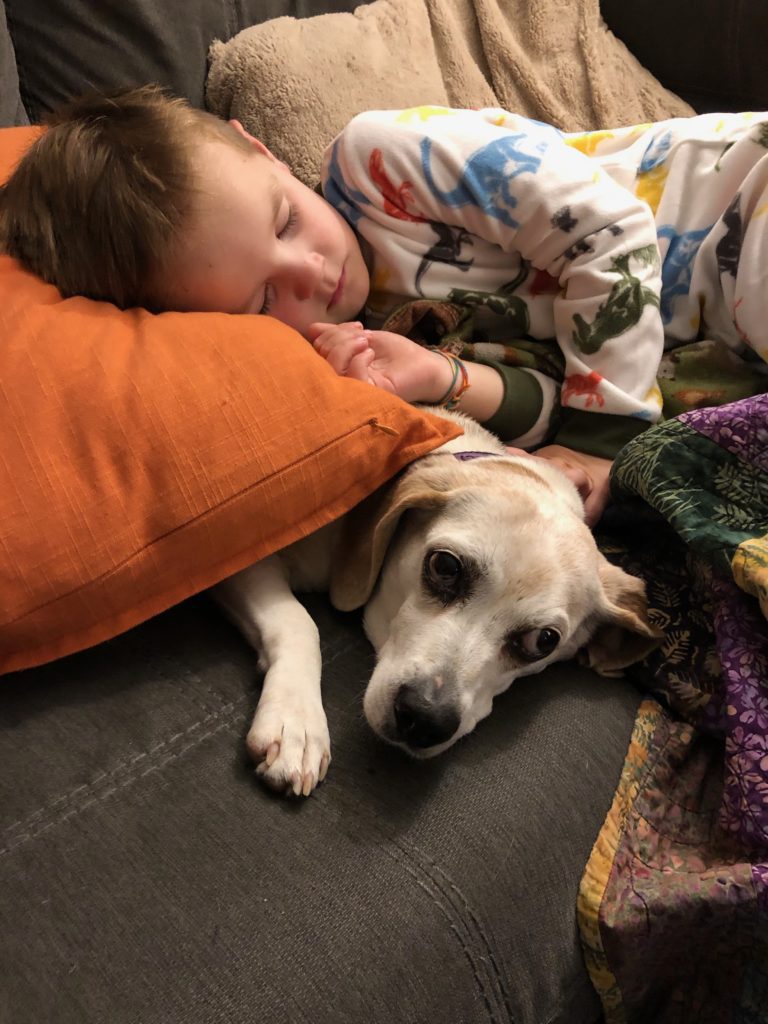 What I am getting at is that now as my sons are four, they are amazing with the dogs most of the time. They understand that the dogs are older and wary of them, and so the boys are gentle and kind. They share a home and their personal space with this dog pack, they pet them while they sit on the couch, they cuddle them in bed, and truly my dogs have connected my sons to a soft spot that I think sometimes only living with pet can only do.

Adding to the Pack

Not to mention they have earned some responsibility with them. One son helps feed them every morning (the other will if he is up) and they are asked to hold their leashes when we walk. They have a great love and passion for all animals which I wholeheartedly believe comes from living with them. We even went to the shelter last spring and asked if they had a cat who would be friendly with dogs, children, and other cats — the boys were thrilled to take home a cat that would let them pick it up, and more importantly, they learned the lesson of giving an animal who has entered hard times a good home. Not to mention, when you rescue a dog or cat, you often know what it tolerates and if it’s good with kids, for example. The situation is a win-win!

No question dogs are a massive responsibility, and of course, nothing is a bigger job than raising a child. But outside of extreme circumstances, dogs and other pets can teach things to our kids that we really can’t. Just the mere action of growing up with animals in the house has an emotional, documented impact (and I am not even talking about the health benefits of immunities, among others, here). If you are thinking about getting pregnant or are pregnant and have a pet, please think long and hard about getting rid of it. Dogs (and all animals) teach us so much, but more than anything, they give our families companionship and love us beyond what we deserve. Who wouldn’t want all that extra love around our kids?