I drive a Lexus.

Wait, DON’T STOP READING! This isn’t something I want to l brag about, trust me! My Lexus isn’t what you probably think about when your mind conjures up the idea of a luxury vehicle. I acquired it through a glamorous if-you-can-tow-it-you-can-take-it agreement with a family member. It’s over 20 years old, has rust scrapes down its side, and, as of last weekend, it had a mouse living in it. You heard me, a mouse.

Pro Tip: If you tell people you have a mouse in your car, it cuts down on how many times you are asked to drive for the carpool.

I have lived in a town setting for my entire life; some towns were kinda big, some were really small, but all can be very much described as NOT rural. It’s not that I hate the outdoors–as my formative eight summers of Girl Scout camp can confirm–it’s just that I don’t like most of the things you find outdoors including, but not limited to, weather, bugs, and sunshine. Ugh. Just thinking about it makes me want to head back inside. I am a one-hundred-percent, tried-and-true climate-controlled girl and, as luck would have it, my husband is the complete opposite.

When I agreed to move out to the country, it was for my husband. I wanted him to have his dream of being surrounded by trees and not people, to have room to put all his outdoor things that help him enjoy the outdoors even more. I even remember telling him at one point that he could pick the color of the house we were building as I never planned on being outside long enough to see it. He sold me on things like having bonfires and parties, and the fact that we were only seven miles from the mall. What he failed to mention was that we would have bears, coyotes, and yes, as I mentioned above, mice.

Last Sunday I loaded my daughter into the Lexus and headed out to get our grocery pick-up order. I made sure my Bon Jovi’s New Jersey cassette tape was in the player (yep, 20 year old cars have those!), buckled my seatbelt and turned the key. Then, out of the corner of my eye, I saw it. I’m not sure which I did first: scream my head off or jump out of the car. They both seemed to happen instantly.

I know most people say that mice are more afraid of you than you are of them but, in this case, those people are wrong. I called up my husband who was two and a half hours away, and screamed like a maniac about there being a mouse in our car. My husband, always the more levelheaded of our dynamic duo, started quietly laughing at me and asked if the mouse was wearing red shorts with gold buttons on them.

Naturally, I felt that taking my discontent to the next level was the best response to his teasing implication that I was making a big deal about seeing Mickey Mouse. I told him I didn’t think it was funny that he was so laid back about us having a rat in our car. I used phrases like, “yellowed teeth, beady eyes, and the Black Plague”, “our car is now an extension of the New York sewer system” and, “have you ever seen Splinter from the Teenage Mutant Ninja Turtles movie?”

I didn’t necessarily calm down about it, but I did hang up the phone with his assurances that he would take care of my Mouse Mobile when he got home. In the meantime, I knew I had work to do. I got my daughter out of the car in a rescue mission that could only be labeled as overly dramatic. I called up my stepson to pick up the groceries, and then, I Googled “Mouse in car”.

Apparently finding a mouse in your car is not as rare as I thought, and not even totally confined to those of us living in rural areas. Here are a few things I learned that I should be doing if I don’t want to have to buy cheese for my car for Christmas:

1. Don’t leave food in the car

With newer models, I have a no eating policy in the car, at least for the first few months, but with the Lexus all caution has been thrown to the wind. In fact, my husband has more than once mentioned that my car looks like a vagabond has moved in. When doing mouse recon on the car, I realized there was more than my fair share of shriveled chicken nuggets in the back seat. Those had to go along with concrete French fries and an errant pickle; I have no idea how it was still so green after surviving the first snowfall. I was unknowingly offering an all-you-can-eat free buffet to the mouse.

This probably goes hand-in-hand with not leaving a smorgasbord in your car. We are in the process of having a garage built, so I have been parking the car by the side of the house which is right next to the garbage and recycling cans. For those in the know, which now includes me, that’s not a good idea when trying to keep critters out. 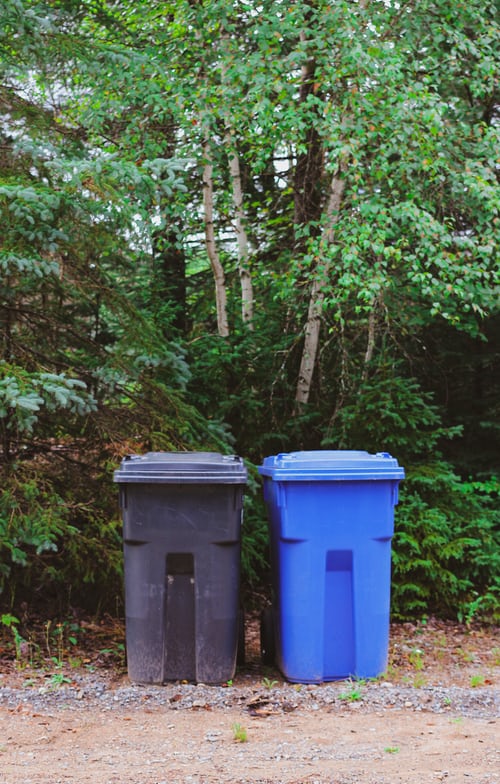 3. Get some traps and deterrents

I did have my husband put some glue traps in the car along with some mint smelling stuff that is a natural mouse deterrent. My car now smells like freshly brushed teeth. (I can only guess that taking the fast food treasure trove out from the backseat helped with the smells, too.)

I had to go pick up my son’s distance learning materials this week and had no other choice but to start up the Lexus. I hadn’t seen any additional signs of my squeaky friend and the traps were clear so, with socks over the ankles of my big girl pants, I turned the key and started to back out of the driveway. All of a sudden, I saw a mouse jet out from under my car and run towards the garbage cans. (See advice #2 above.) Luckily for me, and also for the mouse, I think he has found a new home.