My family celebrates Rare Disease Day® on the last day of February each year. We use this day to bring light to the different rare diseases that affect people around the world — including two of my children. Having a rare disease is more prevalent than many realize, but there is still a lot unknown. According to the National Organization of Rare Disorders (NORD), if 200,000 Americans or less have a particular disease, they are considered rare. Also, 1 in 10 Americans are suffering from rare diseases with at least half of them being children.

The day we found out that we are rare

I remember the day vividly. I was standing by my kitchen, holding my one week old baby boy, Gus, when I got the call from his pediatrician.

Over the phone the doctor said, “We got the results of Gus’ newborn screen back. He has elevated levels of homocystine and methlymalonic acid. You need to bring him to the ER now for more labs. I think he has something called Methlymalonic Acidemia.”

This was a Tuesday, and by Thursday we were at the University of Minnesota Medical Center making a plan to treat what we suspected Gus had. We met with a Metabolic Doctor, a Geneticist, and a Nutritionist. We discussed his diet, his need for inter-muscular injections, his need for lab monitoring at home, his possible diagnosis, and the affects this may have on his life, long term. Once again, labs were drawn and genetic testing was completed. It was an incredibly overwhelming appointment. I was told not to research online because we would not find much for positive information regarding the possible diagnosis. We were set into a tailspin of appointments and lab draws and shots, but Gus’ labs started to improve quickly.

Even with me being a nurse, everything was incredibly overwhelming.

It took about 10 weeks to receive the genetic test results. The results: Inconclusive. We did find out that he did not have methylmalonic acidemia (1:80,000 chance of having this disorder), but we still did not know what was wrong with Gus or how to effectively treat his symptoms. 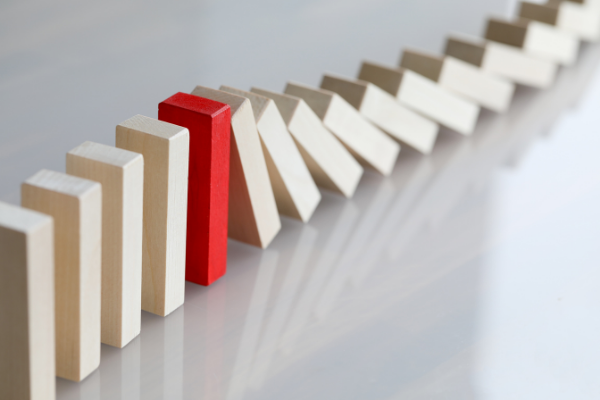 Gus ended up having a skin biopsy completed at the age of 4 months old. His skin sample was sent to McGill University in Canada for testing. Six weeks later the results were in, Gus had what is called Transcobalamin Receptor Defect. Once we were able to isolate the gene that caused the defect we were able to test our older son for the disorder. He also had two copies of the affected gene (it is recessive and my husband and I both carry the recessive gene). We are unsure if our oldest son that passed away had the defect, and we are pretty sure our daughter carries the gene, but have not completed genetic testing on her yet. The prevalence of this disorder is unknown, but the most recent count I can find states there are 45 documented cases in literature, 2 of which are my kids.

What does this mean for our family?

How do you live in the “rare”? For us, this means that on a daily basis we don’t worry to much about our rare (we are lucky in the aspect). The boys can eat whatever they want, play whatever they want, and don’t have to worry about how their rare affects their day. However when they get sick they have the potential to get really sick really fast. Sickness typically leads to an emergency room trip, with our emergency letter from U of M to tow.

Our letter is basic information about what we know about the boys (not much) and potential complications (potential, because again, we don’t really know much). It means lab pokes, IV pokes, IV fluids, and potentially an admission to the hospital. It means we keep anti-nausea medications on hand and travel with them. We always have ibuprofen and Tylenol available. And we have to tell school that if they get sick to call us ASAP. Also that if they are unable to wake the boys at school to call an ambulance and take them to our hospital of choice.

In these moments, usually a few times a year, we go into crisis mode in our home. Because I manage the school and medical appointments for our family I pack up and head to the ER. My husbands mans the house and the other kids. We work as a team to make sure the needs of our rare kiddos and non-rare kid are met. It can be stressful, especially if there is a hospital admission, but we manage with the help of friends and family.

A few years ago we decided to enroll the boys in a medical study at the National Institute of Health in Bethesda, MD. We were flown out to MD for a week. The boys underwent so many tests — dental checks, eye checks, heart monitors, neuro cognitive testing, endocrine appointments, and on and on. Our hope was to learn more about what this disorder meant and how to more effectively treat the boys. Our experience at NIH was AMAZING. They were so great with the boys. What the boys remember is how fun the trip was and not all the appointments and pokes and prods they had to endure. Jon, my oldest, keeps asking when we will go back. 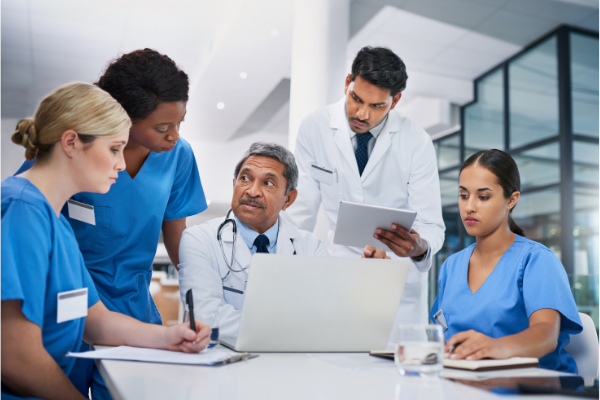 What we hoped to learn in that trip was how to more effectively treat our boys, or if we needed to rush to the ER every time they were sick. What we left with was “We just don’t know. There are not enough cases to really study yet.” No changes in plans, no new information. But still worth the trip and we are waiting for the time where there may be more information that will warrant a trip back there.

Our Rare doesn’t slow us down.

Does it make parenting our kids a little harder? Sure. But it also allows us the opportunity to education others about how being different is ok. And we take any chance we get to celebrate how “being rare” is a super power in our home.