Did you know that October is National Book Month? It’s hard to keep up with all the celebrations these days, but you might have known this one if you’re an obsessive reader like I am. If you’ve seen some of my Instagram Take Over stories for Duluth Mom, you’ll know that I review books as a hobby (because I don’t get paid for it). I may not be making money, but I am getting free books… which is basically the same thing since I would have just bought books anyway! We’re all friends here, I can be honest with you, right?

When someone asks what my favorite books to read are I usually clam up because I am all over the map. I like nonfiction, I like regular ol’ fiction, I like young adult, I dabble in fantasy or dystopian, and I like romance. Anyone who reads romance knows that is a HUGE rainbow of sub-genres, so I have everything your grandma reads to things I would maybe hide on my shelf, lest someone judge me. If you need a recommendation, I am your gal. In fact, in honor of the month, I want to give you a stack of ten beloved books that you might like, too. 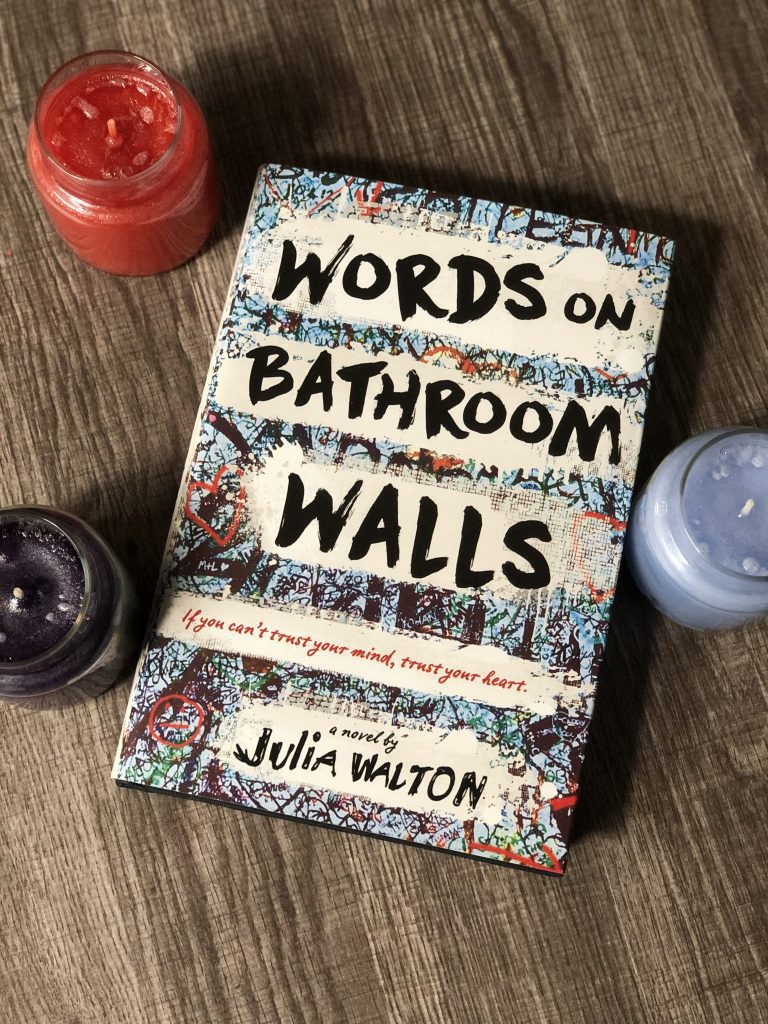 Although this is technically a YA book, I think adults will enjoy it, too. If you finish the book you can go ahead and check out the movie, which I did the week it came out (and my hot mess self cried through most of it). The story isn’t sad so much as it really hit home for me in the mental health connection. The book is written as a therapy diary by Adam, our main character, who was diagnosed with schizophrenia as a young teen. The book chronicles his time in a drug trial and we get an inside look at schizophrenia, but also how hard it is to navigate life with it, let alone be a young man. It’s a great story, and if you are a mom with a child with mental illness (not just schizophrenia), you may relate to Adam’s mother.

The F*ck It Diet – Caroline Dooner 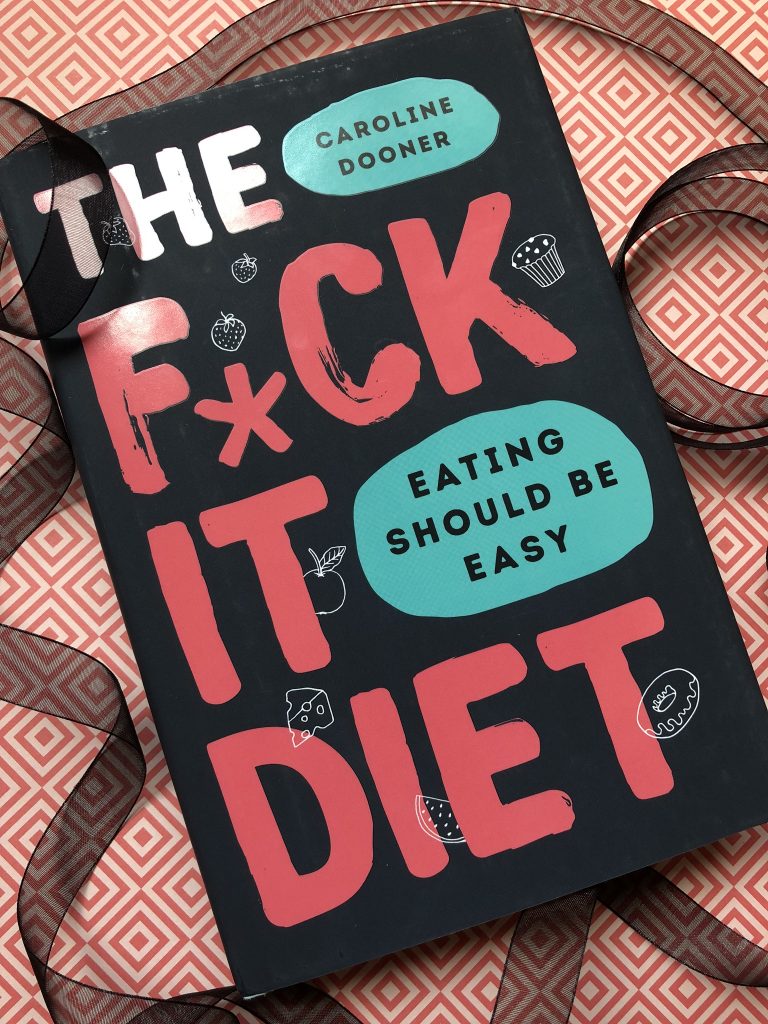 I don’t know about you, but I feel like quarantine has me stress-eating candy and things I generally should not be eating in large quantities. I am not a great dieter, I strongly dislike exercise, and I’m not ever going to wrap myself in plastic wrap because I already get hot flashes so I know it won’t end well. I’ve read this book a few times because I easily fall into the rabbit hole of not understanding that my body is just a body. It’s not a reflection of my worth; it’s a house for my organs and guts. This book really goes in depth about diet culture, unhealthy relationships with food, and how society in general shames us into thinking we could/should be doing more.

The Further Adventures of An Idiot Abroad – Karl Pilkington 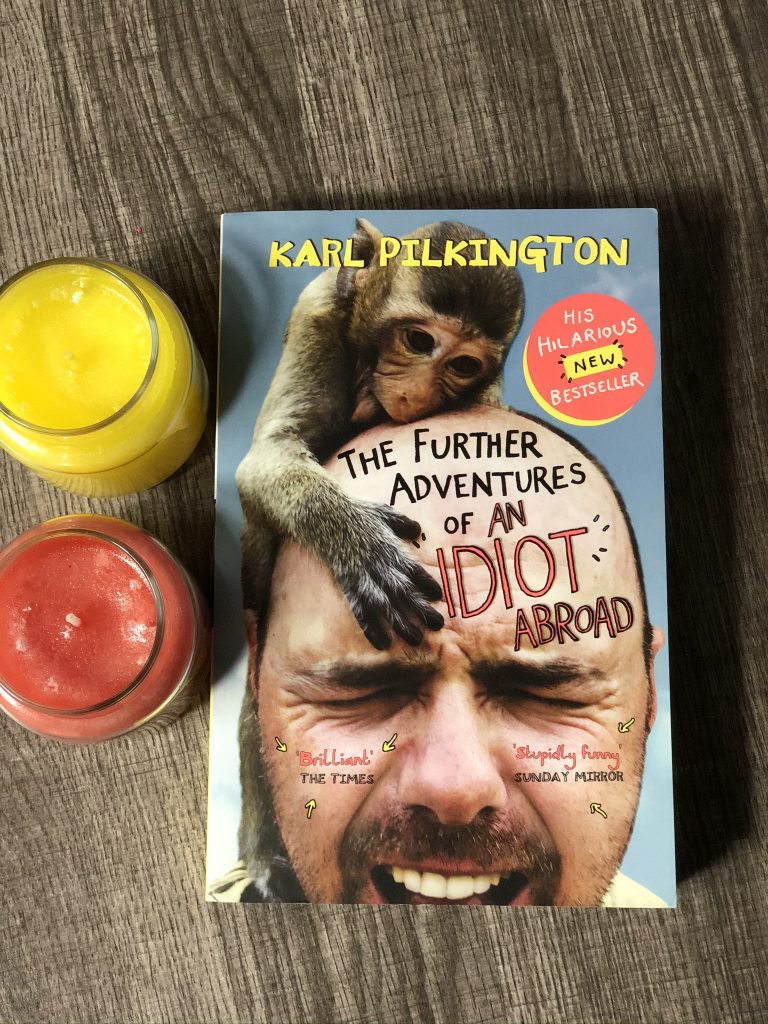 If you know me in real life you know that one of my favorite shows EVER is An Idiot Abroad. It’s a documentary of sorts about Ricky Gervais and Stephen Merchant sending their friend Karl Pilkington on absurd adventures. It starts harmless enough but there’s always a twist and the show brings me complete joy. To be honest, I’m basically the female Karl Pilkington. I’m not as unintelligent as Karl, but I match his level of adventure. There is a bit with him in China and having to try odd foods, and his reaction is me trying to eat vegetables. I’m not even joking; I am worse than a toddler. If you are in desperate need to something funny, I highly suggest this and then streaming the show ASAP. 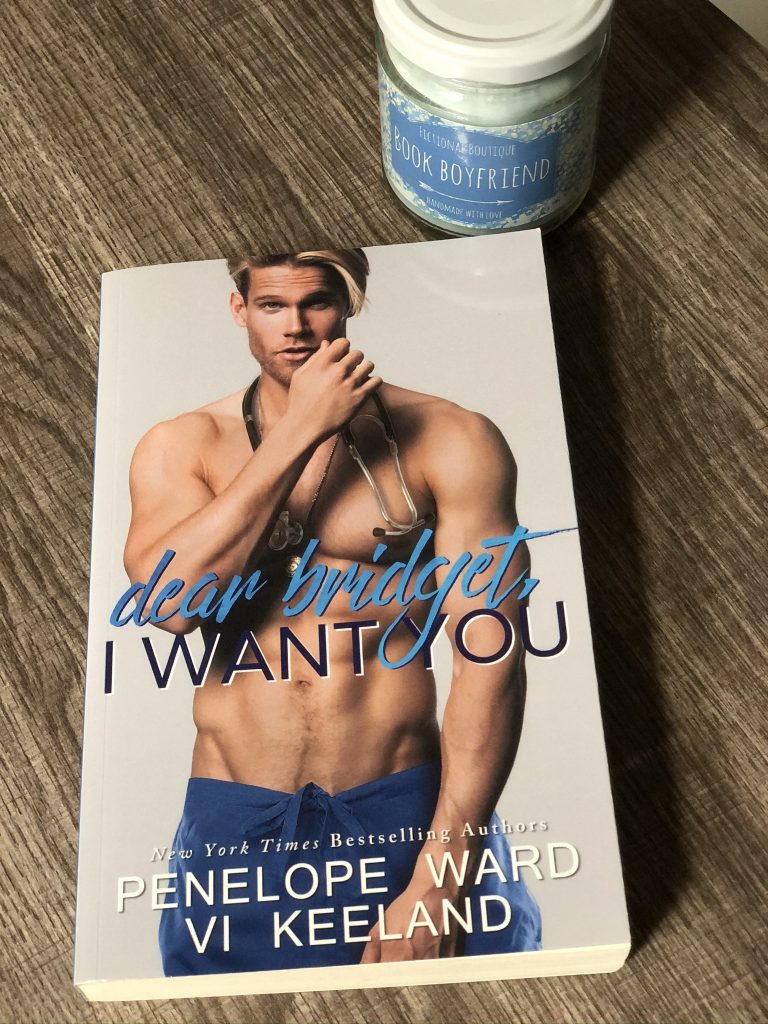 Listen, I’m just going to be honest and tell you I almost didn’t put any romance on this list. I felt a lot of pressure because it’s a hard genre to showcase. I’m going with Penelope Ward and Vi Keeland here because their books are generally fast reads, usually have some humor, and are all around good. They also write separately and those books are just as good, too. I thought this was one we could all appreciate because it centers around single mom, Bridget. She has to go to the doctor to have a fishing hook removed from her butt (not joking) and it turns out to be a stunningly handsome doctor. Fast forward a few months and he ends up being the tenant in her converted garage she needs to rent out to cover bills and it makes everything a thousand times more awkward. Of course, things heat up and there is a string of letters exchanged and yes, it’s a good book. Trust me.

All the Queen’s Men – Linda Howard 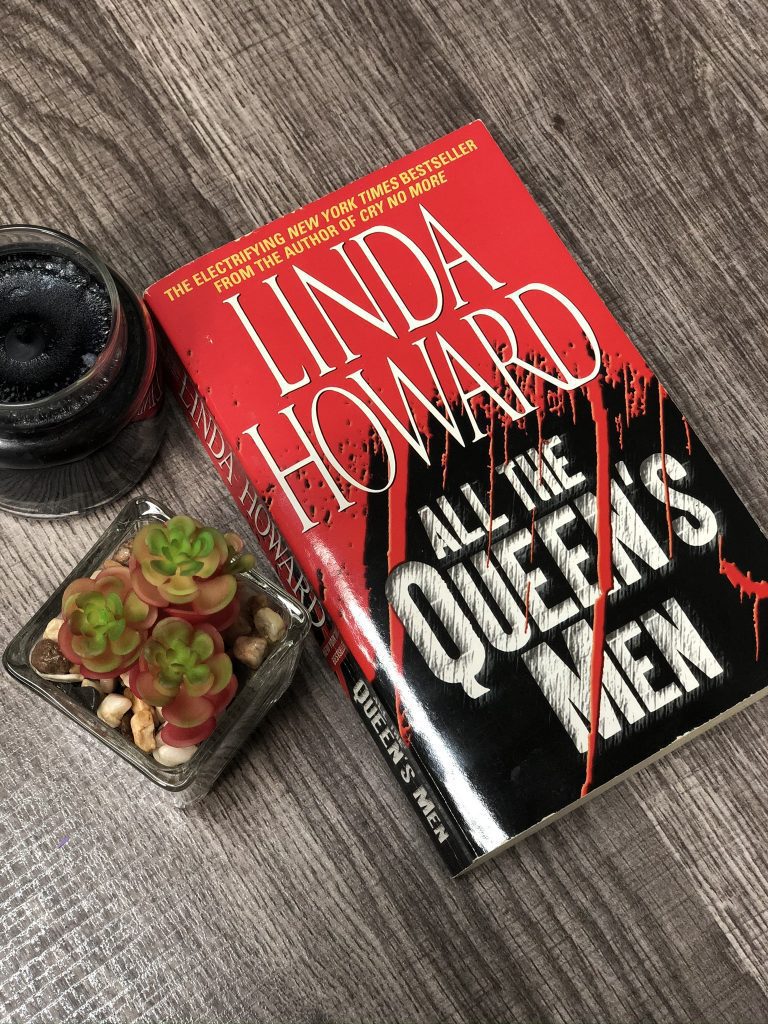 Embarrassing confession: this book made me think maybe I should become a spy. I really felt like maybe I could do a decent job because this book made it seem easy. Also, I regret not marrying a spy. My husband is great, but he’s not John Medina great, you know? John is a CIA Black Ops specialist and he gets paired up with communications expert Niema. They have a past history which makes it uncomfortable at best, but they have a job at hand. Of course, there is danger all around since they are infiltrating an international terrorist ring, but there’s also some serious attraction happening. I cannot tell you how many times I have read this book. The book you see here is actually my second copy because my first one fell apart. 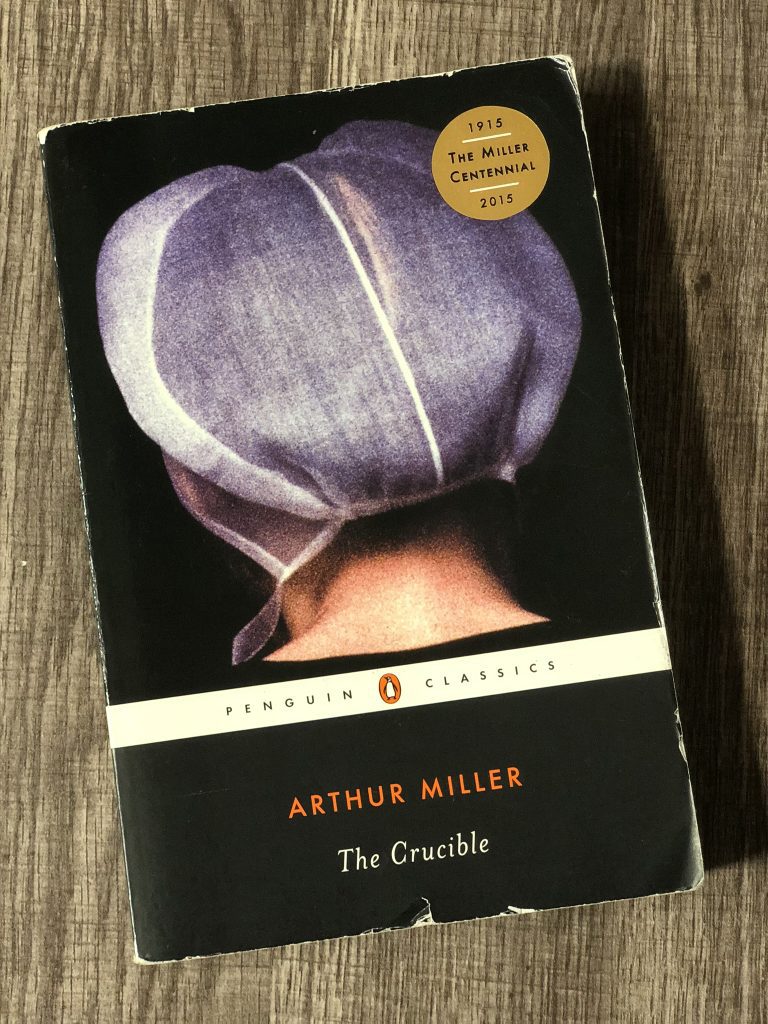 I felt like it was appropriate to add one of the books that put me on the path to being the reader I am today. I decided to go with The Crucible because its fairly short but also there is a movie version of it that you can watch after you read it. The novel chronicles the Salem Witch Trials of the 1600’s, and I remember reading it in high school. My most vivid memory is of my teacher dressed as a witch and jumping on desks; I think of it every time I read this book. If you’re a super nerd like me, this might be a fun one to read for Banned Book Week, which is the end of September/beginning of October because it was often banned in the 1950s! 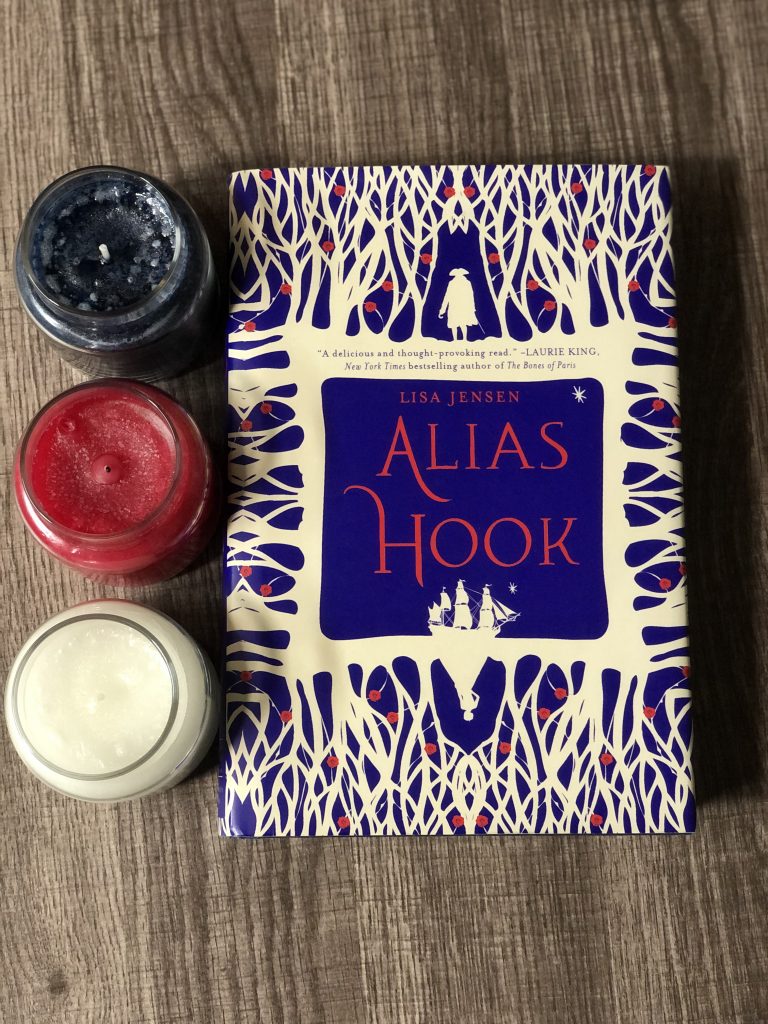 I am a fan of when authors retell a classic, and this is perhaps one of my favorite retellings. Some will say it starts slow, but I promise you it is so good if you stick with it and see the little strings come together. While this is a retelling of Peter Pan, the characters aren’t as you know them to be. Peter Pan is essentially a psychopathic murderer who holds the Lost Boys against their will and won’t let Hook go; it’s like a sadistic cat and mouse chase. Wendy is here too, but she isn’t in love with Peter, and Hook is actually a good guy. I haven’t been able to watch Peter Pan since because now that I’ve seen the characters differently, it feels like this is the way it was meant to be.

Such a Pretty Fat – Jen Lancaster 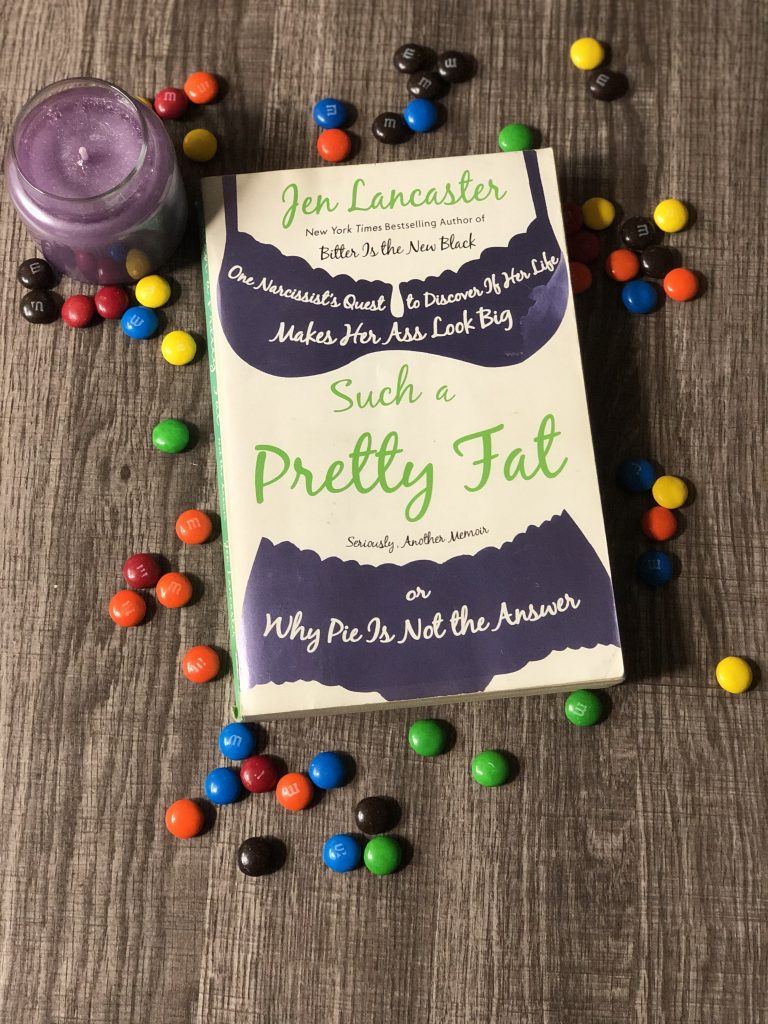 This was the first book I read by this bestselling author, and her newer things can be hit-or-miss for me, but this memoir really stands out. The book is laugh-out-loud funny. You will relate to her, but also shake your head because she says things most people would never dare to say out loud. I actually met and her husband Fletch (prominently featured in all her books) and they really are that bold in real life. 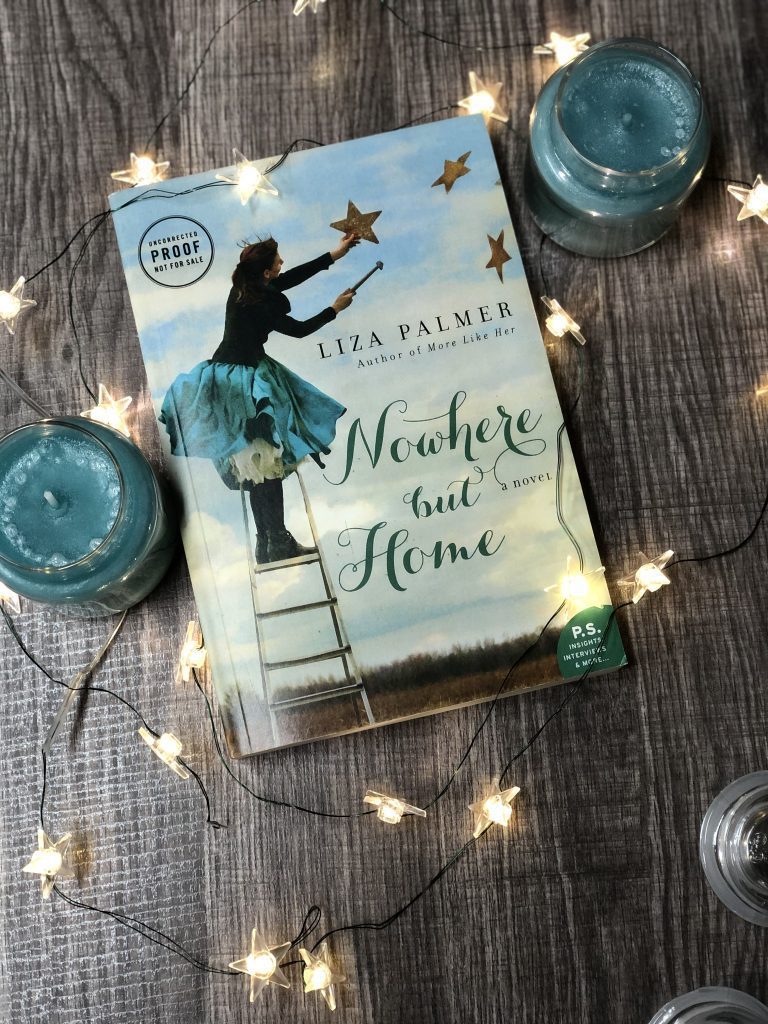 Oh, this book is one of my favorites. First off, the main character’s name is Queenie and that alone should interest you. She finds herself back in her Texas hometown and she’s not excited to be there. Her family has a bit of poor reputation. She finds her home run down and brimming over with a menagerie of part-feral farm animals. And, of course, her high school sweetheart is still around. Oh, and her job? She cooks last meals for death row inmates. Everything in her life is depressingly, but hilariously, sad. The book is amazing but if I had to leave you with one thing to remember this by? I would tell you it is definitely the sheep covered in maxi pads. See? Now you have to read it to see what I’m talking about.

Are You Afraid of the Dark? – Seth C. Adams 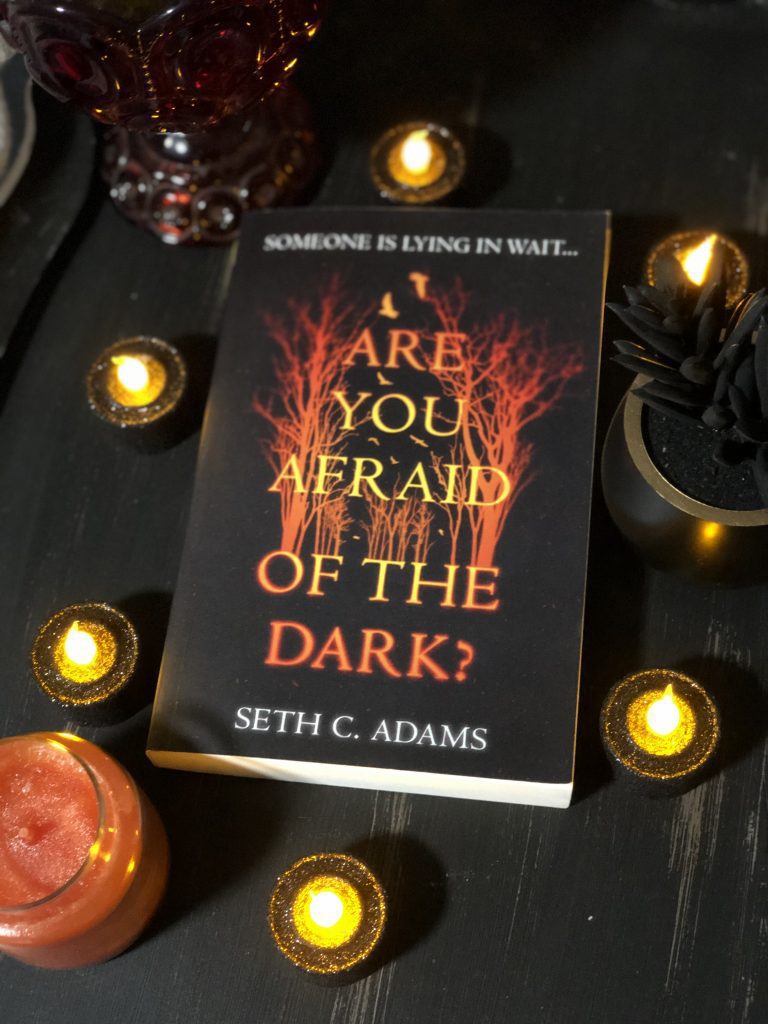 I feel like I can’t do a list without a thriller, especially with Halloween coming, right? I am terrified of everything, including the dark, so it was a real challenge for me to read this one in the first place. While it is listed as a thriller, I felt like this was more of a psychological twist kind of book. It’s about Reggie, a 14 year old boy who’s father has recently been murdered. On a walk one day, he comes across a visibly injured man in the woods. He ends up helping the man and taking him to his tree house. Over time, Reggie and Ivan begin talking and the books feels like it shifts into a battle of good versus evil. The story is totally creepy and I’ll tell you what: I’ve not gone on my nightly walk by the woods since. If anyone would find a creepy and injured criminal in the woods, it would be me.

Have you read any of these? If you have, please let me know what you thought of them! Same goes for if you read them now that I’ve showed them to you. October is usually such a busy month for everyone that reading a book in your car between kid pick up and drop off times, or on the floor of your closet when you pretend you aren’t home is totally self-care. My therapist told me that so I know it’s legit!