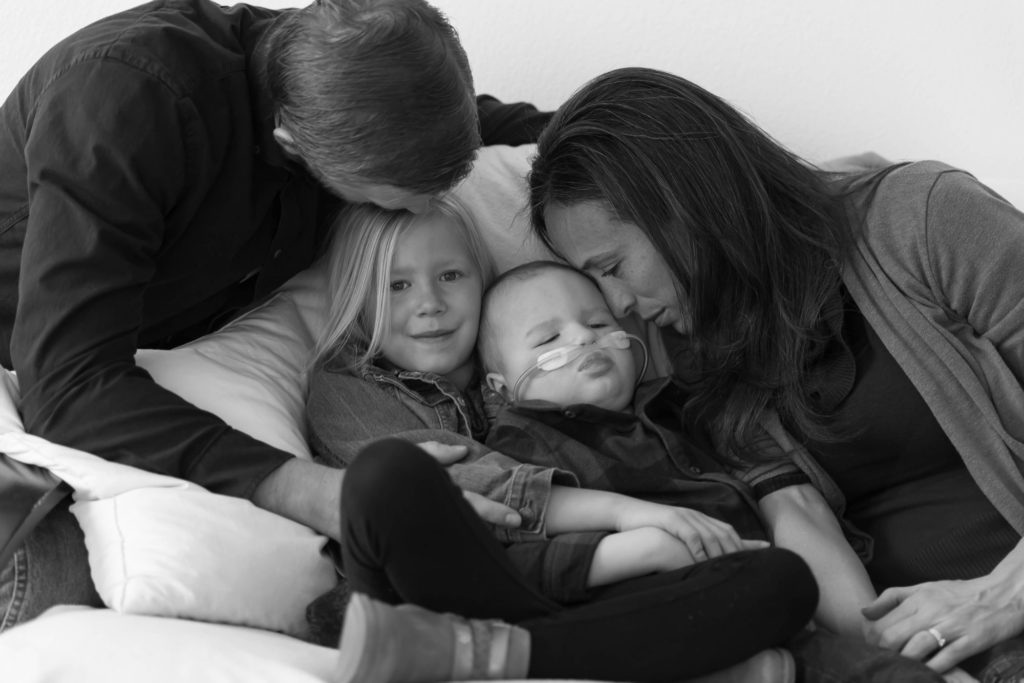 My friend’s three-year old son is terminally ill with Batten Disease. Seth, who is just a few months younger than my own twin sons, is–without sugar-coating it–dying.

As a mom, you can try and drink that sentence down and imagine it. You can attempt, however feeble it might be, to put yourself in Seth’s family’s shoes. You can try to see it through his parents’ exhausted eyes, or his six-year old sister’s attempt to comprehend what is going on. But like me, you will fail. You will then do one of two things with that failure; you will either be thankful that, until this moment, you had never heard of Batten Disease and go back to your life, or you can join all of Seth’s family and friends and make sure this sweet, strong little boy’s life has a purpose. You can ensure that Seth’s legacy will long outlive his frail, failing toddler body.

According to WebMD, “Batten Disease is a rare group of nervous system disorders called neuronal ceroid lipofuscinosis (NCLs) that get worse over time. It usually starts in childhood, between the ages of 5 and 10. There are different forms of the disease but all are fatal, usually by the late teens or twenties. The damage is caused by the buildup of fatty substances, called lipopigments, in the cells of the brain, central nervous system, and retina in the eye.”

Seth is only three. He has a disease not usually seen in children so young, and he has an aggressive, life-robbing form of it. The road of ahead for Seth is far grimmer than the above definition. On top of that, Seth also suffers from chronic seizures and a number of other complications that are too numerous to list. He requires a feeding tube, his parent’s live a life of low oxygen alarms and hospice nurse visits every week, sometimes in the middle of the night, if required. If you haven’t lived it, you can’t imagine it.

Yet, if you saw his pictures from a year ago, you might have thought he looked like most toddlers. Yes, there was a feeding tube, oxygen and an inability to speak. Maybe you would have known he had some health complications, but your mind would never have taken you to where he is today–health complications that are leading to an actual serious decline in health. 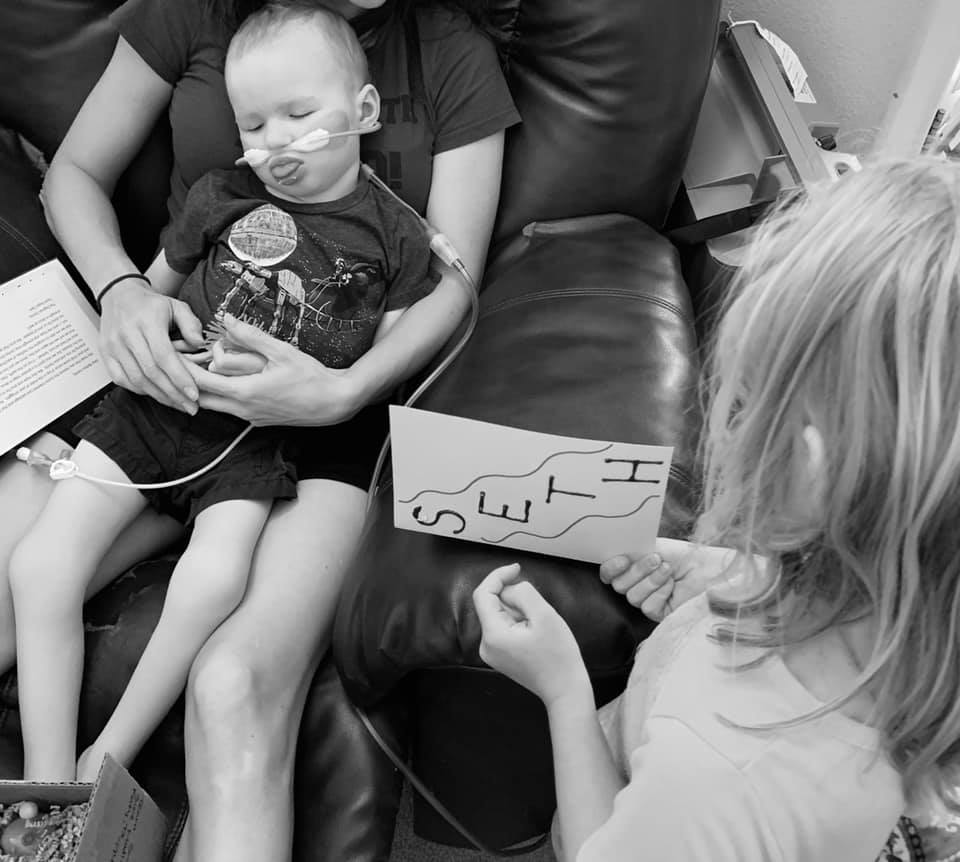 Consumed by Grief and Guilt

It consumed me. I am grief-stricken and as I simply type this out, tears are rolling down my face. I know this young mother and she is the strongest and bravest woman you’ve ever known, and yet she is living every parent’s nightmare. I want to scream and yell and question everything I know. I am overcome with guilt. I don’t know if it’s because I know her, or because her son is the same age as mine that I’m consumed in this grief. Guilt that my three-year olds can be that significantly different than any other three year olds. Guilt because I can’t imagine what that life looks like, what that strength requires, what that dedication and even faith appear as.

I began talking to my sons about Seth because I needed them to know about him. They started saying his sweet name last in their prayers on their own. They drew him pictures and picked out random things to send him. They watch any video of him or his sister 50 times, and pour over any new picture posted of him. My sons are too young to know the gravity of Seth’s situation, even though we talk about it and they have seen me cry about it. All they know is that Seth is their special friend, and not a night goes by they don’t speak his name in case I have missed it during the day.

So I finally told my friend all of this. It seemed strange and selfish to tell someone going through the unimaginable of your own guilt and sorrow over her trials, the ones that currently are literally making up the fabric of her life. You know how she responded? She acknowledged my guilt and my sorrow and then even walked me through it. She connected my guilt to feeling helpless, that we don’t know how to help, how to make something better, so we feel guilty. Then she thanked me for giving a purpose to Seth’s life, and shared with me in her own words how bound and determined she is to make a legacy out of Seth’s life.

It’s horribly uncomfortable to sit in someone’s pain. It becomes oddly difficult to do something that should come easy–like typing a little note to someone. My own friend has written how that simply goes against human nature. But her call to all of us that know her, and even those that don’t but have heard Seth’s story, is to sit, as she worded it, in the dark with her. She absolved all of those that know her by saying that there was nothing we could do that could take away her pain, and that it wasn’t our responsibility to do so. What she asked was for presence, nothing more extraordinary than the effort and the time to listen and join their journey. Not fix it — join it as we are able.

I can’t heal Seth of Batten Disease. I can’t take away the pain from his parents, the road ahead for that little boy and his family. I can’t alter the future for them, for his sister, for everyone that has lived these last three years in his orbit. And despite the beautiful words my friend has gifted all of us with, I feel incredible sadness and guilt for that. It’s not possible to watch my sons sleep and not shake a fist at the universe at the same time. I am a mom of three-year old sons–without question, another three-year old suffering in any capacity, along with my friendship with his mom, is going to bury deep into my heart.

But here is what I can tell his mom, and what I can write to a blog full of other mothers, parents, and humans. Seth’s life matters immensely to me. It matters to me daily, and by sharing his life with my sons, it matters to them. I am thankful my sons know who Seth is, and that they believe they are friends. I am grateful for this little boy who defines courage to me, who I have watched both grow up, and then regress, and in that regression, managed to consume a bigger piece of my heart. There are so many lessons in his life for me, but none greater than how much his presence matters. This little toddler in Albuquerque, New Mexico has impacted me more than most adults I work with or see every day. He draws from a well of strength that most of us have never had to discover. Yes, his legacy will be impactful, because his life is exactly that.

No two walks of motherhood are the same. We all have many moments where we feel blessed beyond belief, and then we have moments where we feel despair into the core of our beings. Becoming a parent makes you more vulnerable,  there is simply no way around that. It also should make us more equipped to reach out to other moms when they are walking paths we have not. We are obligated to do exactly that. Of course Seth is not biologically my son, but he could be. He has taught me to love a child I am not a mom to or an aunt to. He has taught me to love in a place that hurts and where the end of the story will seem all wrong. His story demands love–for him, for his mom, for his dad, for his precious older sister and all of his extended family. As a mom, that’s one thing I know how to do, and I know how to do it well.

Seth is not done impacting his world, our world, my world, but his immediate legacy to me in this moment is one of love. His story requires those of us not walking this terrifying road of Batten Disease to join in on it the best way can. We aren’t asked to fix Seth or his family’s pain. We are asked, as parents, as humans to simply step on to it, and the journey will be a lifelong lesson sure to touch us all immensely. A lesson from a toddler who if he has done one thing absolutely perfectly over his lifetime, it has been to fiercely love. 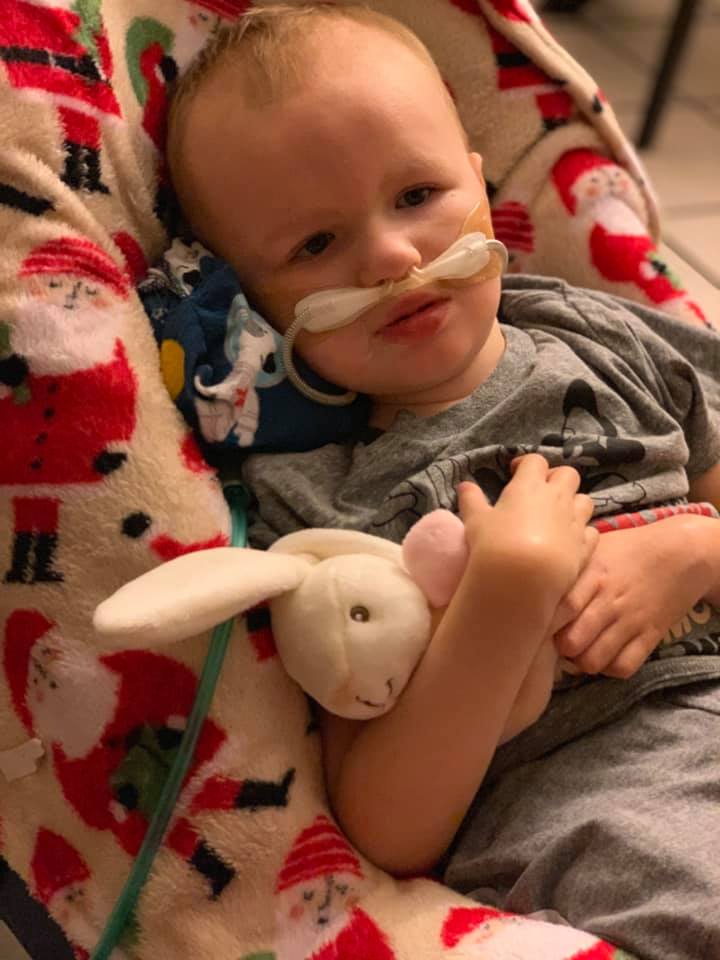